Queen Elizabeth is feeling nostalgic for the 75th anniversary of the end of WWII.

The 94-year old monarch shared a rare BBC broadcast from 30 years following the end of the war to social media. The recording details the evening of VE Day where she and her sister Princess Margaret went incognito to experience the joy with the crowds.

She reflected on waving to the crowds “nearly every hour, six times” with her family. “When the excitement of the floodlights being switched on got through to us, my sister and I realized we couldn’t see what the crowds were enjoying,” Queen Elizabeth recalled. “My mother had put her tiara on for the occasion, so we asked my parents if we could go out and see for ourselves. I remember being terrified of being recognized, so I pulled my uniform cap well down over my eyes.”

The Queen continued, “We cheered the king and queen on the balcony and then walked miles through the street. I remember lines of unknown people linking arms and walking down Whitehall, all of us just swept along on a tide of happiness and relief.”

“After crossing Greenpark, we stood outside and shouted ‘We wanted the King!’ and we were successful in seeing my parents on the balcony, having cheated slightly because we sent a message into the house saying we were waiting outside.”

“I think it was one of the most memorable nights of my life,” she concluded.

‘I remember lines of unknown people linking arms and walking down Whitehall, all of us just swept along on a tide of happiness and relief.’

The Queen was 19 years old on VE Day. More than thirty years later, she recorded her memories for a unique BBC Broadcast. #VEDay75 pic.twitter.com/jWf4bebj2e 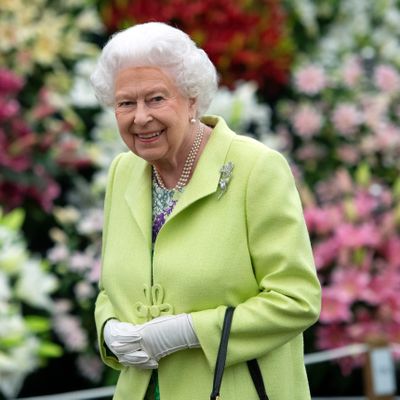