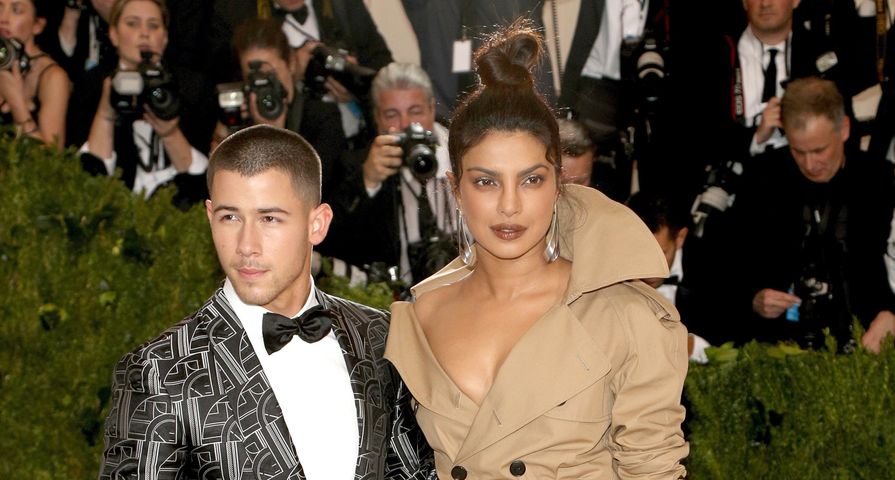 As Priyanka Chopra and Nick Jonas head into their weekend of wedding festivities, fans are getting to know more about how the pair’s relationship actually started when Chopra opened up about their first “unofficial” date back in 2017.

As the cover star for Vogue‘s January 2019 issue, the 36-year-old actress said her first hangout with Jonas, 26, was “too respectful.”

The two first connected in N.Y.C when they grabbed drinks at The Carlyle because they were attending the 2017 Met Gala together as the guests of Ralph Lauren. After their drinks the actress said she invited Jonas back to her apartment where her mother was at home watching Law & Order, and while things went well she was disappointed he didn’t make any move at all.

“We hung out for a couple of hours,” Chopra told the magazine. “He patted my back before he left.”

“There was no kiss. There was nothing,” Jonas confirmed. To which Jonas quipped, “She’s still upset about that.”

“Your mom was in the house!” he said. “I thought it was a respectful first night.” Chopra answered, “It was too respectful if you ask me.”

Fast forward a year later and the pair are beginning their weekend of wedding ceremonies, and Chopra will be the first to admit the relationship was the last thing she expected. “I’ve had that rule my whole life,” she said. “Never publicly acknowledge a relationship. Ever. What is happening? I’ve not known myself like this. This guy turned me into such a girl! If I could blush, I’d be tomato red right now.”