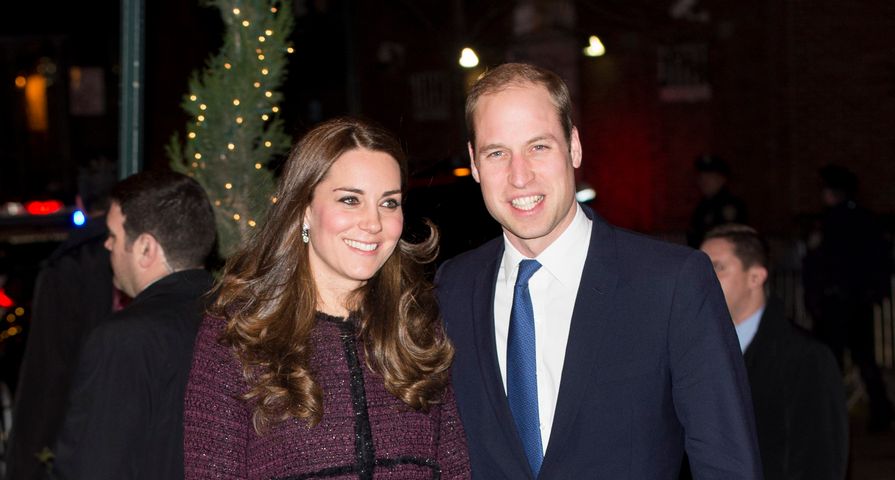 In a much anticipated royal visit to New York City, Prince William and a pregnant Princess Kate arrived in the Big Apple on Sunday (Dec 7) night.

After being greeted by the public and media, the pair were hard at work already Monday morning taking on two separate and important events.

Prince William took off right away again as he headed to the Oval Office to talk with President Barack Obama ahead of his speech on wildlife crime.

The duo talked for about twenty minutes as the Prince even told President Obama about the “chaos” surrounding his son’s birth and also said next year will be a very busy one with Princess Kate due with their second child in the spring.

William then turned things serious in his address to the World Bank stating, “In my view, one of the most insidious forms of corruption and criminality in the world today is the illegal wildlife trade.”

Back in NYC Kate Middleton was following in the late Princess Diana’s footsteps as she reached out to disadvantaged children at the Northside Center for Child Development in Harlem where she met with the first lady of New York City, Chirlane McCray.

Princess Kate is very passionate about the mental health and well-being of children, just as Princess Diana was known for and she also plans on visiting the CityKids Foundation with Prince William during their stay in New York.

As well as important work, the two also plan on spending time at the Carlyle Hotel where they are staying and will also be taking in a Brooklyn Nets basketball game versus LeBron James led Cleveland Cavaliers.