The couple shared on Sunday that their beloved dog Lupo had passed the previous weekend. Lupo had been a part of their family for nine years.

“Very sadly last weekend our dear dog, Lupo, passed away. He has been at the heart of our family for the past nine years and we will miss him so much. – W & C,” the royal couple shared in the caption alongside a photo of their beloved black cocker spaniel.

Kate’s brother James Middleton also shared a tribute to Lupo. “It is with great sadness that Lupo, the beloved dog of my sister Catherine and her family has passed away. Lupo was the son of Ella, brother to Zulu, Inka & Luna,” James began.

“Nothing can ever prepare you for the loss of a dog. For those who have never had a dog, it might be hard to understand the loss. However for those who have loved a dog know the truth: a dog is not just a pet; it is a member of the family, a best friend, a loyal companion, a teacher and a therapist.”

“For most, the loss of a dog is, in almost every way comparable to the loss of a Human loved one,” he added, noting that losing Lupo brought back a wave of emotions for him from losing his first dog Tilly in 2017.

Lupo first joined William and Kate’s family back in 2012, which was about a year before the birth of their first son, Prince George. It’s been shared in the past that the reason they got their cocker spaniel was to help Kate Middleton during a difficult time of isolation when William was about to head to the Falkland Islands for a six-week-long deployment.

Check out the full social media posts below:

A post shared by Duke and Duchess of Cambridge (@kensingtonroyal) 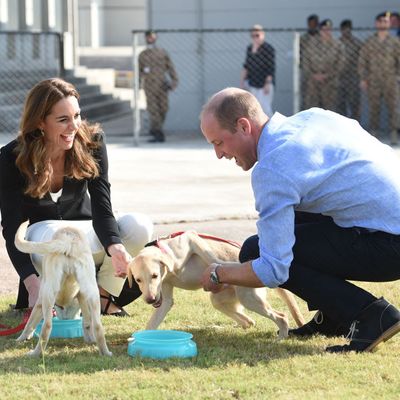