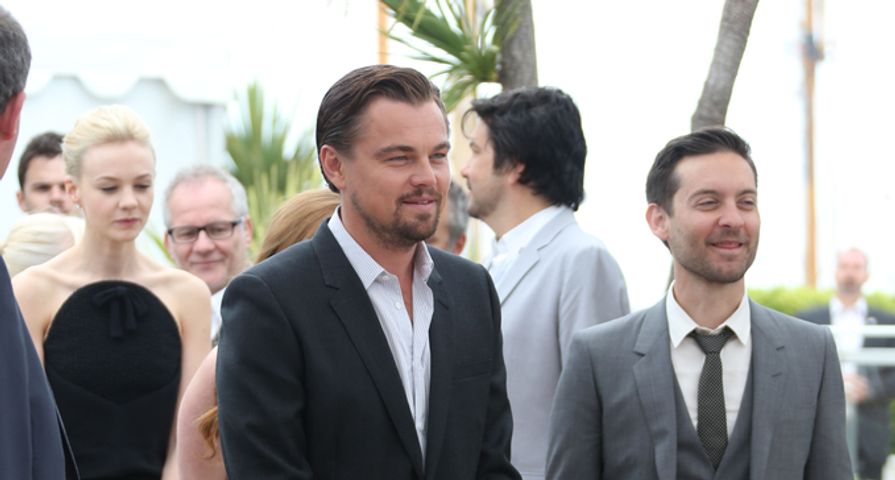 A lot of craziness happening on red carpets this weekend.

Yes. It’s true. Leo got a very special hug from a very special prankster. I don’t care to spell out the prankster’s name, but it’s the same Ukrainian “reporter” who once tried to kiss Will Smith in an interview, and who also attempted to crash Adele’s acceptance speech at the Grammy’s back in the day. He’s a good prankster.

This time, he latched on to Leo like a child wanting a parent to stay home from work. Leo was a champ, just as you’d suspect. He’s A-List, larger than life and the object of so many desires, but he’s also got a wicked sense of humor. It is near impossible to phase the guy, because he has a true prankster spirit. So… Leo just smiled. Patted the guy on the head, and then began to giggle.

Meanwhile, about a million security personnel and celebrity handlers began to beat on the poor hugger, and eventually pried his head away from  Leo’s swimsuit area. And again, as you’d suspect, Leo continued to mosey down the red carpet, looking dapper, handsome and richer than all of us combined, signing autographs and being completely adored by all.

Wanna see for yourself? Check out the video!