‘Practical Magic’ Director Reveals Movie Was Cursed By A Witch 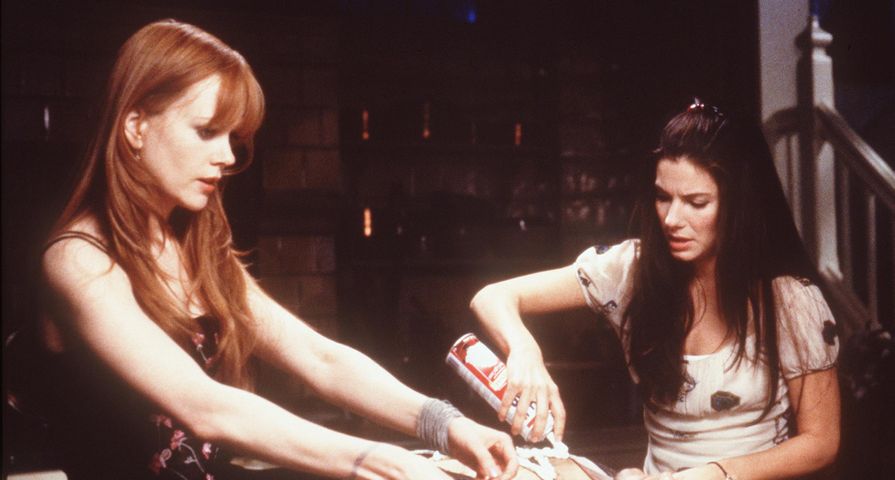 As Halloween approaches it is a perfect time to revisit the classic 1998 film Practical Magic, and now the director Griffin Dunne has revealed an interesting twist that occurred during the making of the movie.

In a new interview with Vulture, Dunne revealed that an actual witch put a curse on the Sandra Bullock and Nicole Kidman led film during its production. The director explained that as he was trying to adapt a script for the movie from Alice Hoffman’s book of the same name, he turned to a real witch as a consultant, but the relationship did not go well.

“While I was developing it, I was never quite sure I had a real handle on the movie because, quite honestly, witches had no great interest to me,” Dunne said. “But I loved the book and I liked the setting and when I was working with this witch consultant, it occurred to me that I was making a movie about something I do know a lot about — strong women. I grew up in a house with a strong mother and my grandmother.”

He added, “So I had three generations of formidable women and when I got that into my head, I realized it’s not really about spells and spell books and all that — it’s about a legacy being passed from one generation to another. That helped me understand it, and that understanding came out of these conversations I had with this witch consultant.”

As the movie went into production, Dunne asked the woman to come to Los Angeles to watch rehearsals for the movie, and offered to put her up in a nice hotel, but she wanted more. “She said, ‘You’re not going to buy me off with a hotel room. I want a percentage of the movie. I’m going to have my own Practical Magic cookbook.'” He also revealed that she wanted an “additional $250,000 dollars.” After the producers of the film told her they couldn’t agree to that, the witch said, “I’m going to put a curse on you. I’m putting a curse on this movie, and I’m putting a curse on Griffin.”

Shortly after the witch’s interaction with the producer, the director said he received a “terrifying” email from the woman in which she spoke in tongues and then went on to sue Warner Bros. “So I give the legal department the tape and they can’t listen to it all the way through, either,” recalled Dunne. “They’re so freaked out by it, they just pay the witch off. I don’t know how much, but enough to make her go away.”

Although the movie did not go over well with critics, it has a huge fan base. “Women, and girls, in particular, were all so moved by it, and it did very well at the box office,” argued Dunne. “But despite that, it had a weird reputation for being a failure. So I don’t give the curse any power, but at the same time, I did come to think that somehow a little stink was put on the movie. It took time for that stink to go away.”