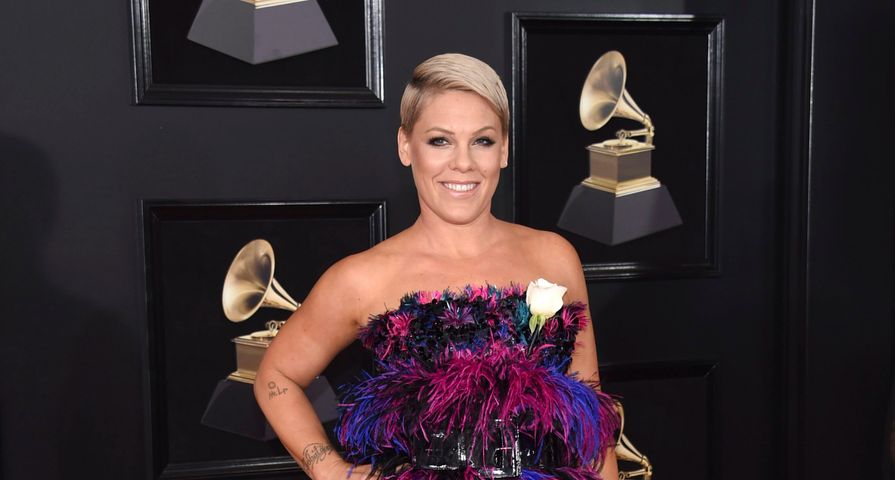 Pink was quick to fire back at social media trolls after they criticized a photo of her young son without his diaper.

The singer shared a photo on Sunday, March 31, that shows the singer, her daughter Willow, 7, and her son Jameson, 2, at the beach looking at a pelican, the area underneath her son’s shirt is scratched out.

“There’s something seriously wrong with a lot of you out there,” Pink captioned the photo. “Going off about my baby’s penis? About circumcision??? Are you for real? As any normal mother at the beach, I didn’t even notice he took off his swim diaper.”

She continued, “I deleted it because you’re all fucking disgusting. And now I’m turning off my comments and shaking my head at the state of social media and keyboard warriors.”

“And the negativity that you bring to other people’s lives. There is something seriously wrong with a lot of you out there. Smfh. Here’s a picture of the pelican we obviously caught and abused for hours before dangling baby penis in its face.”

Fans of the singer know that she and her husband Carey Hart are no strangers to being shamed on Instagram. Both Pink and Hart have been criticized for many of their posts involving their children.

Earlier this month an Instagram user slammed the singer after she shared a photo of her family sitting down to dinner and “shutting out the world” with the follower criticizing the fact she wrote about closing out the world but still posted the photo to Instagram.

She responded, “yes I like to promote healthy stuff. I also like to remind people to stop being TOTAL D- BAGS TOO. Consider this your reminder, f-o.”