Pete Davidson Opens Up About Engagement To Ariana Grande 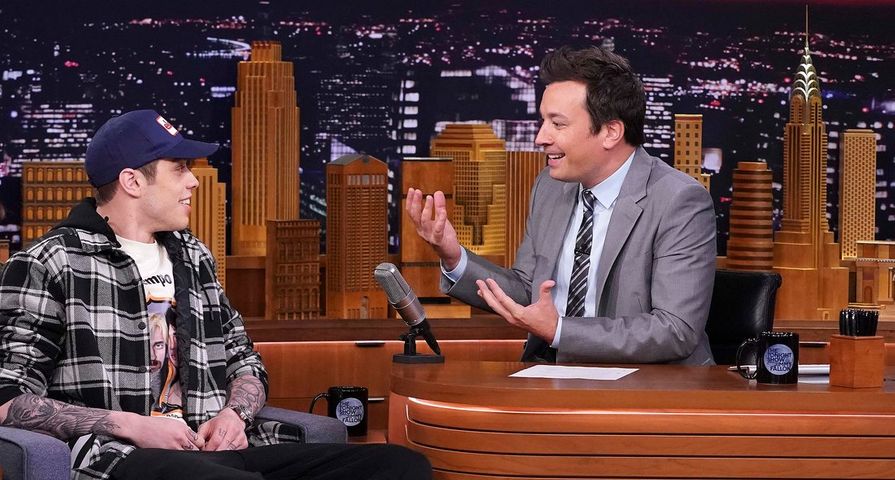 After quite a few weeks of rumors and speculations, Saturday Night Live’s Pete Davidson finally confirmed what all the media outlets have been talking about, he and Ariana Grande are engaged!

Davidson appeared on The Tonight Show Starring Jimmy Fallon on Wednesday, June 20, along with actor Robert Pattinson, and he had no problem opening up about the whirlwind romance as Fallon joked, “You know, you didn’t have to get engaged to Ariana Grande to come on the show,” and Davidson relied, “But I did though!”

Davidson added that it “feels like I won a contest,” and said even on the street people are giving him respect. “Some dude goes up to me and says, ‘Yo man, you gave me hope,’ I was like I didn’t know I was that ugly,” he said. “I’m a lucky motherf—–,” he added.

News of the pair’s engagement surfaced on June 11, only weeks after the pair began dating in May and it was revealed that the comedian proposed with a 3-carat diamond ring worth an astounding $93,000.

Davidson wasn’t offering up any more details on wedding plan however as Fallon suggested that the two could get hitched on The Tonight Show and Davidson said, “That’s not going to happen,” and asked Fallon why people care so much about his personal life anyway.