One Direction Does First TV Interview Since Zayn’s Departure 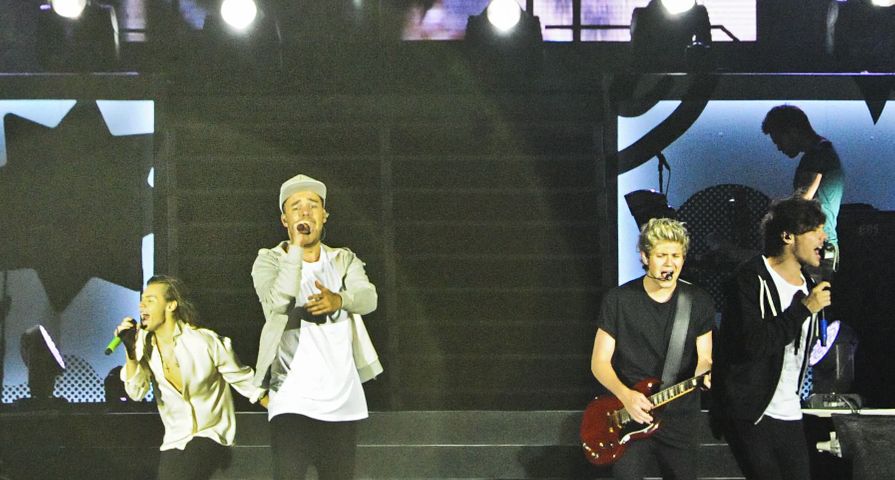 One Direction is still dealing with the exit of Zayn Malik and after things got heated last week on social media, the four remaining members made their first TV appearance as a quartet on The Late Late Show with James Corden.

Given the drama surrounding the abrupt exit and the aftermath, Corden asked for an update from the remaining members, “Are you in touch with him? Have you spoken to him?”

Surprisingly it was Louis Tomlinson, the one who engaged in the Twitter feud, who responded, “I mean, yeah, there’s been a bit of back and forth. I think we’re on good terms with him,” he stated before commenting on the “thing on Twitter.”

“I’ve never been very good at biting me tongue. Maybe I get it off me mom. It’s just one of those things. Twitter’s great for connecting with the fans, but also if you feel like saying something you probably shouldn’t, it’s also good for that as well—or bad in this case,” but did confirm, “It’s all good in the hood.”

Liam Payne then discussed their reactions after learning that Malik was definitely quitting, admitting they were in fact mad. “At first we were a little bit angry. We were surprised, but I think we all knew the general vibe that Zayn was feeling. There were certain parts of the job that he didn’t. If you don’t like your job, you’ve got to follow your heart sometimes and go where you need to go. There’s no argument with that.”

“We were angry at first, but then it was just a bit more disappointing. We wish him the best of luck with whatever he gets up to. There’s no hard feelings.”

Of course, it wasn’t all serious. The One Direction boys also took part in a hilarious game of dodgeball with Corden!

Check Out the videos below!