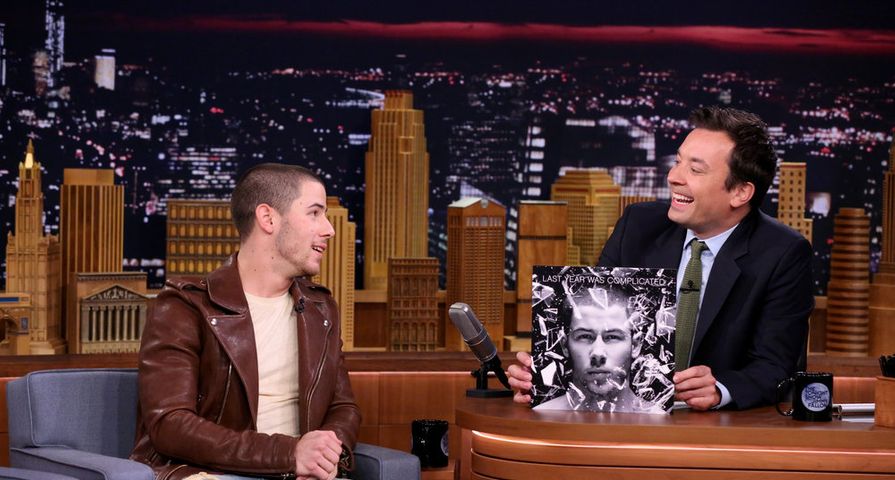 Here’s a new word to add to your vocabulary: NARB.

On Monday night’s Tonight Show with Jimmy Fallon, Nick Jonas told the host about his most embarrassing moment on the red carpet. “I’ve never told this story, for good reason probably,” the 23-year-old singer said.

Back in 2014, the singer was out for night on the town when his friend’s wife offered him a weed lollipop. “I was like, ‘Yeah, sure, why not? I never do this—never happens,” he said. “Enjoyed the night. Felt great. Went to bed feeling fine. Woke up the next day…everything’s in slow motion.”

Being a busy star, Jonas didn’t have the option to sit at home and chill. He was scheduled to present at the Young Hollywood Awards that day. Clearly panicked, the singer tried to come out of it. He told Fallon: “I’m hearing these voices [in the shower]. It’s horrible, so I call down to my girlfriend who’s in the kitchen. ‘Babe, I need some bread, I need some coffee. Something!'”

Then things got even worse. “Out of nowhere, I get a NARB.” Having never heard the word before, Fallon asked Jonas what it was. “A NARB is a no apparent reason boner,” Jonas replied.

Donned in a red suit on the red carpet, the singer had no choice but to try and hide his NARB. He spent the entire time with his hands in front of his crotch in the hopes that others wouldn’t notice. Being a good host, Fallon made sure to provide us with photographic proof that this did in fact happen!

Jonas talked about his complete fail of a joke that only made his night more awkward.