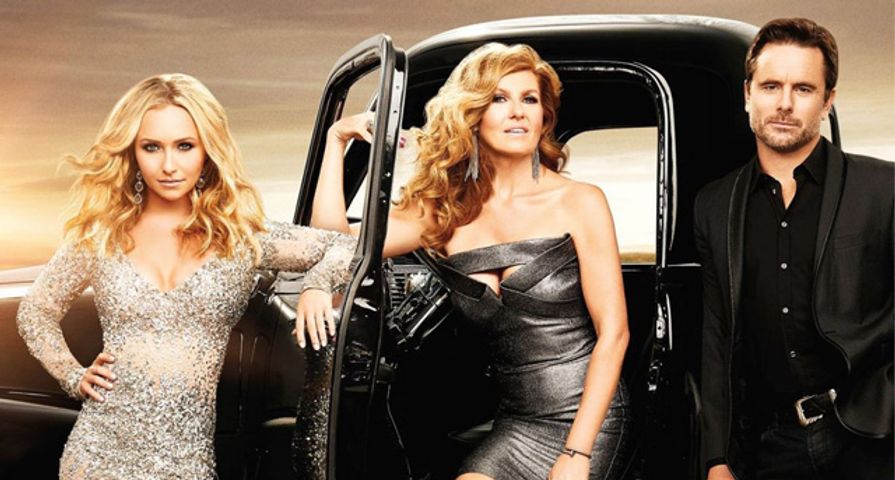 After season four’s jaw-dropping season finale, and a lot of off-season drama, Nashville is finally set to return for season five on its new network, CMT.

With much anticipation for the new season, the show has debuted its first promo and, most importantly, it confirms the return of star Hayden Panettiere as Juliette Barnes. Fans will remember the Barnes’ fate was in question when the plane that she was in lost radio contact and questions swirled around her return to the show as Panettiere has continued to battle postpartum depression.

It is clear she is returning along with Deacon Claybourne, portrayed by Charles Esten, and Rayna James, portrayed by Connie Britton. “We tape ourselves together so that no one can see our flawed hearts,” Panettiere’s Barnes says in the promo which was released on Thursday, October 20. “I’ve left a trail of destruction, hurt people I’ve loved, let down the people who love me,” Claybourne says while destroying a mirror and staring at a bottle of wine.

While Connie Britton will be in season five of the hit series, sources have already reported that Britton will be exiting the series mid-season as she will only be appearing in 10 out of the 22 episodes.