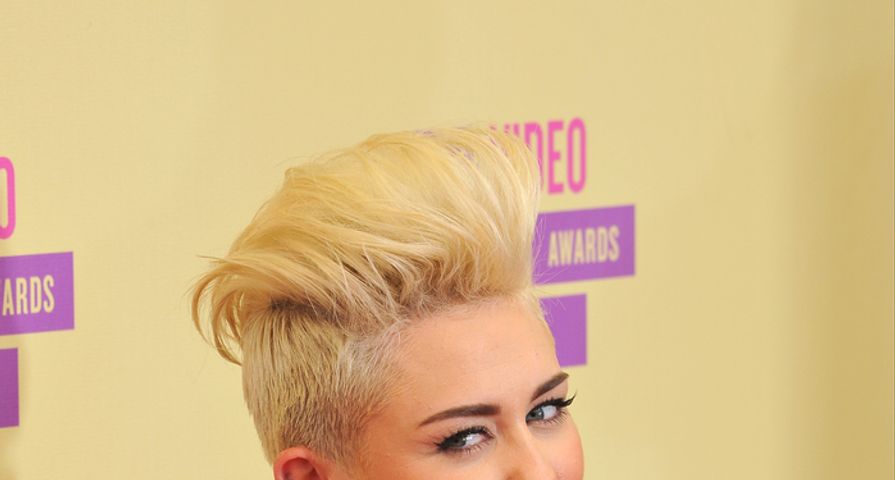 This isn’t just a figure of speech. The tour bus carrying Miley Cyrus, her crew and most intimates, went up in flames while traveling to New Orleans for the next stop on her “Bangerz” tour. Miley’s sister, Noah, captured the burning bus via phone video, and posted several updates via Twitter.

Initial reports of the bus fire were confirmed with the video evidence, but the initial reports of the cause were nothing more than people cranking up the rumor mill. The first fingers were pointed at “church groups” who might have been protesting Miley’s show. This was something that several people probably wish were true, but it couldn’t have been further from the truth. The bus went up in flames after a tire exploded on the highway.

Chances are, the tire was ready to go, and created such an intense heat that the surrounding wheel well, and all things attached were primed to catch fire once the first flames manifested. Who knows. We’re not bus fire experts at Fame10. But we do know that the reports from authorities and witnesses stated that the first sign of fire was around the wheel, and this fire engulfed the entire bus, destroying it.

What does this mean for the “Bangerz” tour? Nothin’. Everything will proceed as scheduled. All the tour goodies arrive via truck and trailer, so nothing more than some personal stuff was likely lost on the tour bus.

Miley has yet to comment on the event, aside from retweeting something that Noah posted. Regardless of everyone safely getting off the bus in time, this is the kind of thing that can really shake a person up. It’ll be interesting to see if Miley has anything to say about it, or just continues plugging away on tour.

To see the footage of the bus on fire, check out the video below. It’s intense!