Miley Cyrus “Super Bummed” By Cheating Rumors, Parties It Off 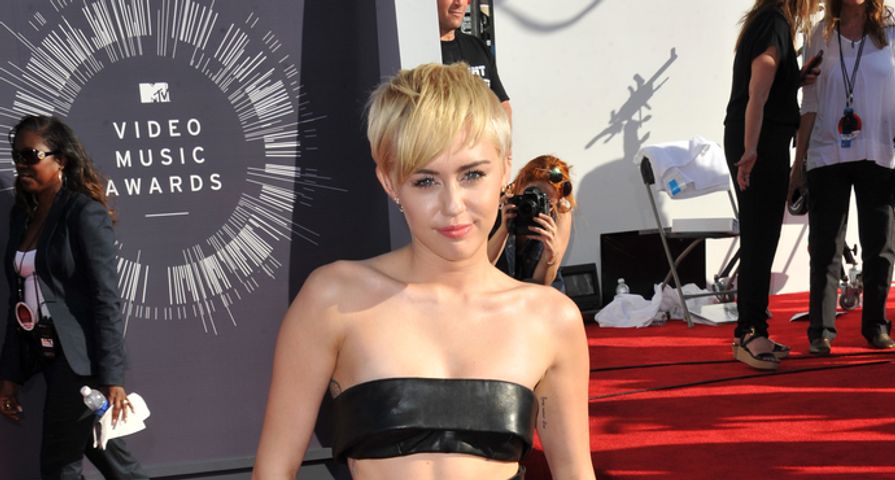 Miley Cyrus, 22, has yet to publicly comment on the cheating scandal that is currently surrounding herself and boyfriend Patrick Schwarzenegger after pictures of him partying a little too close to some bikini-clad girls while on spring break surfaced.

He has adamantly denied anything happened, saying it was one of his best friend’s girlfriends, but then even more pictures were released showing the young Schwarzenegger getting friendly with his ex-girlfriend while on the trip as well.

Reports indicate that the two have not broken up over the photos but a source did tell People magazine that Cyrus is “super bummed” about the situation, so she dealt with it doing what Cyrus now does best -partying.

The pop star made a surprise appearance at the South By Southwest festival in Austin, Texas on Thursday March 19 where she performed her hits “23” and “We Can’t Stop” and gave no indication that she was upset by her boyfriend’s scandal. “This is Texas,” she shouted to the crowd. “I don’t know how f–king high you are, but we’re high as f–k up here,” she stated.

Miley shared plenty of pictures from the night and was seen partying and dancing her troubles away with her friends Cheyne Thomas, Zoe Kravitz and Victoria’s Secret model Stella Maxwell.

Meanwhile, Schwarzenegger is back from Cabo and hoping his relationship is not ruined. “Patrick is totally devastated and heartbroken. He doesn’t even know what to do with himself and just wants to hide from the world…He’s so embarrassed and knows he screwed up,” a source close to Patrick stated.

Also Check Out: 7 Stars Caught Cheating By The Paparazzi