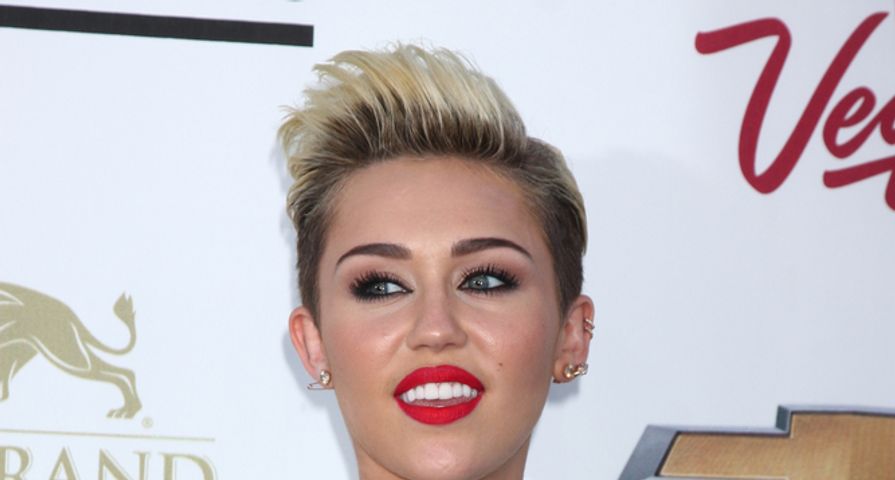 Since breaking off their engagement singer Miley Cyrus, 21, and Hunger Games star Liam Hemsworth, 24, have been keeping their dating lives mostly under wraps.

Now the ever controversial former Disney star is being linked to none other then Arnold Schwarzenegger’s son, Patrick Schwarzenegger, 21.

According to reports the two had a brief romance in 2011 when Miley and Liam were on a break and that same year Schwarzenegger was not shy about who he was after, “My eye, though, is set on Miley.”

Unfortunately for Patrick he’s had to wait awhile as Cyrus reconciled with Hemsworth until 2013 and then was reportedly dating a music producer.

However, it seems their friendship has now evolved into casual dating, “They have a ton of common friends so they have run in the same circles for years,” a source told Us Weekly.

While another source stated, “She thinks he’s hot, she thinks he’s cool. Patrick is a nice, good guy. He’s grown up in Hollywood just like her and it was only a matter of time before they hooked up.”

Although it is not a confirmed relationship, the pair have been enjoying each other’s company a lot recently after they were seen leaving his L.A. apartment on Halloween.

Later they attended a Halloween party together at Hollywood’s Roosevelt Hotel and reportedly had a sleepover back at Cyrus’s house that night.

Patrick should be a little skeptical of her affection, because he looks suspiciously very similar to Miley’s ex Liam Hemsworth complete with light hair, a sweet smile and adorable scruff.

After the Cyrus-Hemsworth split there were rumors Hemsworth’s big brother, Chris, also knowns as Thor, had a hand in helping his little brother see Miley was a bit of a mess and not good for him.

We can only hope if Miley’s craziness gets too much for Patrick, dad the Terminator, will have no problem stepping in to save his son from her drama.

Also Check Out: 13 Celeb Couples Who Should Never Ever Get Back Together