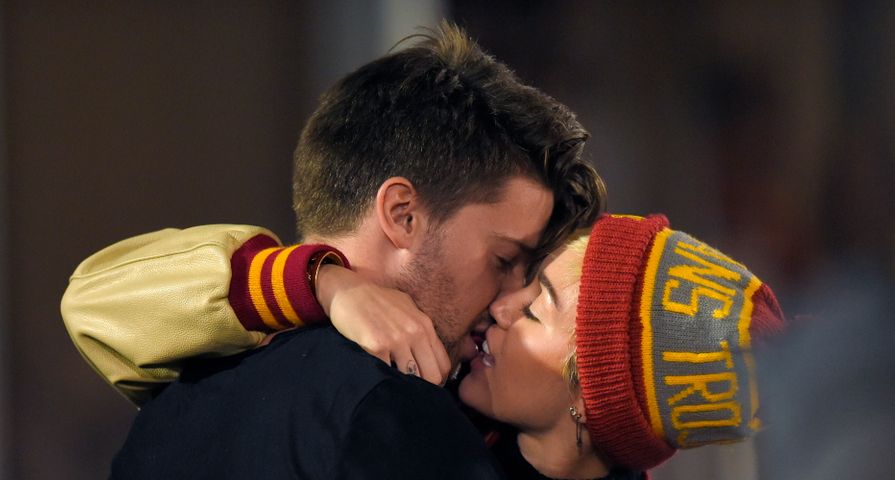 All in the family? Miley Cyrus, 22, has always been close with her family and that certainly doesn’t stop when she enters a new relationship, in fact it seems she can’t wait to include her family!

After her engagement with Hunger Games star Liam Hemsworth ended Cyrus was briefly linked to a few flings, but it seems she has found true love again with Patrick Schwarzenegger, 21. And while the two have been hot and heavy for several months, it seems as though Cyrus’ brother Braison, 20, and Schwarzenegger’s sister, Christina, 23 have been hooking up as well.

TMZ has reported that not long after Cyrus and Schwarzenegger confirmed their relationship in early November, their siblings also started getting pretty serious – it’s speculated about a month later in December.

While Braison and Christina’s relationship has flown under the radar due to their siblings being in the spotlight, a closer look at Braison’s Instagram definitely shows the two looking quite cuddly with each other.

When Miley and Patrick began dating, rumors spread that Patrick’s Kennedy’s mother Maria Shriver was not a fan, as Cyrus’ reputation was less then exemplary for her son.

However, Page Six reported that the couple spent the holidays with Patrick’s dad- who is of course Arnold Schwarzenegger- and Arnold’s girlfriend Heather Milligan. The Hollywood legend apparently doesn’t mind his son’s new relationship as much as his ex-wife does.

“Arnold approves of his son’s new relationship, and he was the one who suggested they all spend New Year’s Eve together in Las Vegas,” a source told the outlet.

So if Maria wasn’t too thrilled about her family’s first connection with the Cyrus clan, we can’t imagine she feels any better about Christina’s relationship, especially since nearly nude photos of Miley have been circulating around the internet in just the latest string of Cyrus’ controversial stunts.