On Sunday, April 5, following a week after her daughter was put into a medically induced coma after a “terrible skateboarding accident,” Money shared that unless her daughter’s brain pressure begins to stabilize, she and her ex Ryan Money will have to “consider a different option.”

Brielle just had surgery to help reduce her brain pressure that same week.

“I just need everyone to pray right now,” the 39-year-old Bachelor alum said in an emotional video update. “Today’s been a week and if we can’t get her numbers stabilized then we are going to have to put her into a deeper coma that has lots of other side effects that we don’t want, or we’re going to have to do surgery and remove part of her skull.”

“Last night was so scary,” she captioned the video clip post. “Considering other options since it can’t be managed with what we are currently doing.”

While Brielle’s brain pressure has yet to stabilize, it did go down a little bit after Michelle asked her followers to pray for the teen.

“I believe in the power of prayer,” she wrote. “Sorry for the emotional video, I just don’t know what else to do and I’m alone in here and need support.”

Earlier in the day, Ryan also shared an update of his daughter’s health, as he outlined some of the troubles she had been facing.

“We were really hoping that we would be able to get Brielle an MRI on Sunday (tomorrow). This MRI is to check the ligaments in her neck and make sure that there is no damage to them. The reason why this is important is that if they are damaged then her neck needs to be immobilized. They do this by putting on a pretty bulky neck brace. Without the MRI though they will not know if her neck is okay and by default when she starts to wake up they will have to have her neck in a brace,” Ryan wrote.

Unfortunately, Brielle’s brain pressure numbers have “been all over the place,” has been unable to be taken off of her current medication, and doctors are worried she might get Propofol infusion syndrome as a result.

“They do labs every 2 and 4 hours to test for this,” he said, adding that she has “not made any progress with her pressure numbers” in the past 2 days.

Ryan then went on to say it’s important to “share the good and the bad” of each situation. He revealed to his followers that his friends had “brought a truck load of food” and drinks to share with all the medical professionals who are doing everything in their power to help his daughter.

“I thought to myself no way they can eat all of this food. Well, it’s GONE and it’s only 4 hours after they got it,” he wrote. “They were soooooo appreciative and hence when you take care of the people who are taking care of our daughter we cannot thank you enough.”

“Love you all and thanks for your prayers,” he wrote. “Brie wants to break up but her body is not cooperating.”

Michelle first shared the tragic news of her daughter’s accident just last week and went on to express the regret of being “such a pushover” and “so lenient” in the past when it came to parenting.

“We can’t afford to be ‘friends first’ with our children in this world. We just can’t … our kids need parents who are responsible,” she said in the emotional video at the time. “I regret a lot of things today. I hope this can be a strong reminder to make it your job to parent first. They will love you eventually. Keep them safe first. In all aspects. Put the helmet on.”

Last night was so scary. Brain pressure is up. Considering other options since it can’t be managed with what we are currently doing. However, once I posted to my story asking you to pray, her numbers went down lower and have maintained since then. I believe in the power of prayer. Today is a big day. One week since accident. If we can’t see a turn for the better today we have to consider a different option and they are not what we want to be doing. It’s Sunday. However you choose to spend your day, I would please ask that at 4pm MST, you will stop and pray with my family and me. It would also be amazing if you could just pray all day. Sorry for the emotional video I just don’t know what else to do and I’m alone in here and need support. #prayforbrie 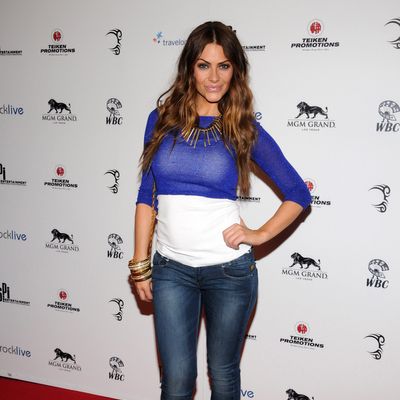