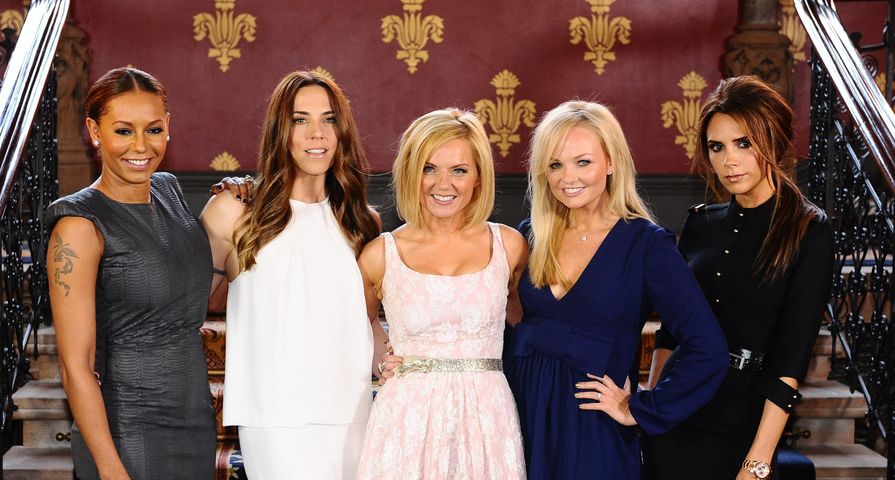 With Prince Harry and Meghan Markle’s royal wedding fast approaching, there has been a ton of speculation about who will be in the wedding party, which famous faces will be invited and who will be performing. Now, it seems that the Spice Girls might be on that list!

During an episode of The Real on Tuesday, February 27, Loni Love and Mel B were discussing the upcoming May 19th wedding when Love asked, “Do you know anybody that you think is gonna go to this wedding?” Mel then nodded her head and mouthed, “Yeah, I’m going.”

Of course the revelation caused quite the excitement from Love and her cohosts and “Scary Spice” quickly added, “I’m not sure if I should have said that!”

Despite not being clear of what she can say publicly about the royal wedding, Mel B kept the information coming after she was asked to clarify that she did receive an official invitation, she bluntly responded, “Us five Spice Girls. Why am I so honest?” When she was pressed for details about the invitation itself however she held back, “It was proper. I’m not saying anymore! I’ve said enough. … I need to go. I’m gonna be fired!”

Of course, back in early February the Spice Girls sparked rumors of a reunion and a tour after they all reunited with their former manager and released a statement. “We have enjoyed a wonderful afternoon catching up and reminiscing about the amazing times we have spent together. We are always overwhelmed at how much interest there is across the whole world for the Spice Girls. The time now feels right to explore some incredible new opportunities together. We all agree that there are many exciting possibilities that will once again embrace the original essence of the Spice Girls, while reinforcing our message of female empowerment for future generations.”

As multiple outlets reported the five singers had signed contracts for a tour with stops in the U.K. and U.S., Victoria Beckham adamantly denied the reports, saying a week after all five reunited at Geri Halliwell’s house,  “I’m not going on tour. The girls aren’t going on tour.” 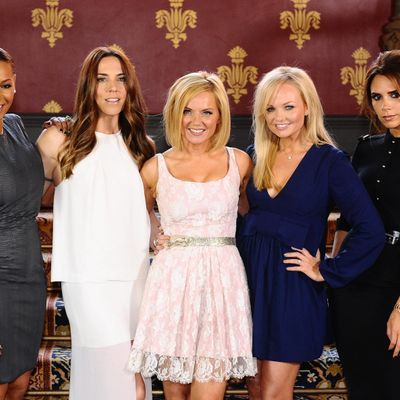