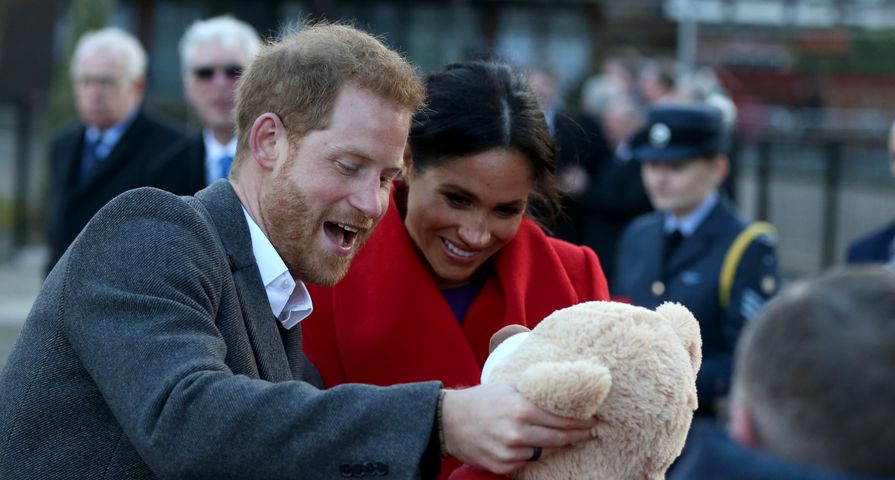 The Duke and Duchess of Sussex stepped out for their first royal engagement together in 2019 on Monday, January 14 and it turned out to be quite the event as Duchess Meghan opened up about her due date for the first time!

The royal couple visited the town of Birkenhead, Merseyside to met with a number of local organizations that support groups in the community and naturally, the Duchess was asked about how she is doing in her pregnancy, and she was very candid!

Meghan traded her usual somber attire for a purple Babaton by Aritizia dress under a red Sentaler coat, and was happy to reveal that she is six months along in her first pregnancy. “We asked her how her pregnancy was going and she said she was six months and she tapped her tummy,” well-wisher Carla Gandy from nearby Wallasey, who was there with her 4-year-old daughter Sofia, tells PEOPLE.

After revealing that she is six months along, she went on to confirm to others gathered in Hamilton Square to greet the royal couple that she is indeed due in late April.

Back in October, when Kensington Palace released the happy news of the pregnancy for the newlyweds, the statement simply said that the pair are “expecting a baby in the Spring of 2019.”

Another well-wisher briefly spoke to the Duchess about how hectic her pregnancy has been with being the newest member of the British royal family. “She said her pregnancy had gone so quickly,” the woman, who wished to remain anonymous, said. “I asked her how she was coping on those high heels. She said, ‘One day at a time!’” 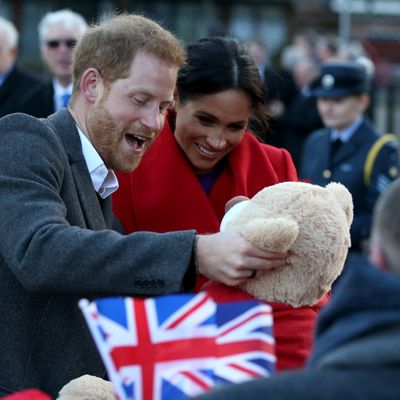