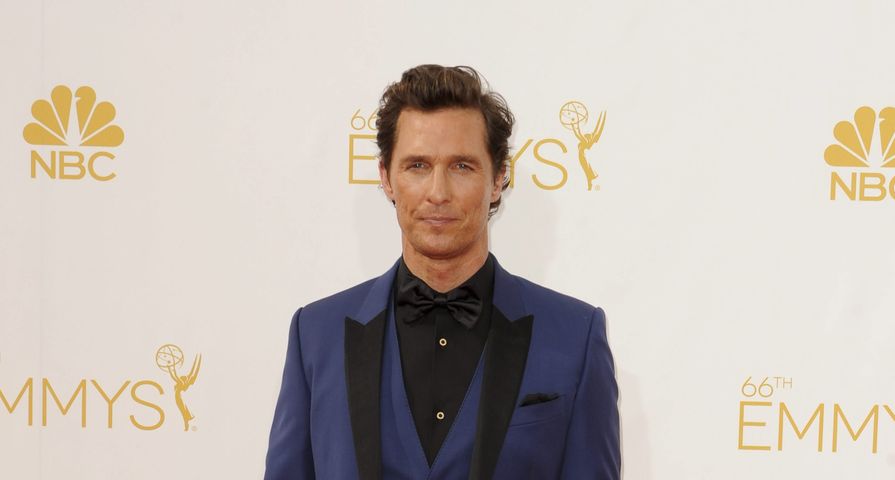 One Tree Hill Podcast: Revelations From Episode 2 "Take Me to the Pilot"
Photo by Picture Perfect/REX

Matthew McConaughey, 45, has been a busy guy recently.

In late October the actor continued enjoying the success of the “McConaissance” by being honored by the American Cinematheque where he was roasted and toasted by Hollywood’s best.

His face has been plastered all over magazines as he has discussed life, love, and fatherhood and continues on his tour promoting his newest film Interstellar. While on his most recent stop promoting the movie on The Tonight Show With Jimmy Fallon Thursday November 6, McConaughey got to take a little break from the serious and play a game with Fallon.

McConaughey is a known football fanatic and in a game called “Facebreakers”, Fallon and Matthew squared off by throwing footballs at a wall of glass squares with their faces on them.

“Don’t  confuse the faces, we look very much alike. First person to smash all of their opponent’s faces, wins!” host Fallon joked to the audience.

Fallon goes on to state that Matthew has already beaten him twice at the game before on the show, “and I’m not going to stand for it any longer” Fallon stated.

Matthew starts out very strong but Fallon holds his own as the pair continue to try to psych each other out and cause misses leading into the “speed round.”

So did Fallon end his two game losing streak or did McConaughey once again dominate? Check it out in the video below!