Matthew McConaughey Gets His Star With His Adorable Family 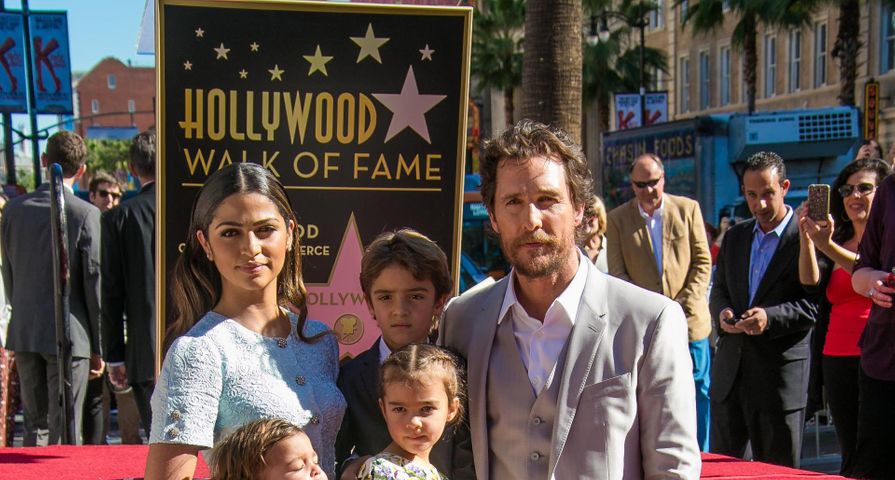 Actor Matthew McConaughey, 45, has had one heck of a year, enjoying success after success, award after award and more praises than ever before.

Now, the handsome actor can add getting his own star on the Hollywood Walk of Fame to his list of recent achievements.

On Monday November 17, Matthew celebrated the event with his beautiful wife Camila Alves and their three children, Levi, 6, Vida, 4, and Livingston, 2.

The incredibly good looking family all donned fashion from Dolce & Gabbana with the man of the hour wearing a three piece suit and the little guys outdoing dad with their own adorable suits.

In recent interviews, McConaughey has opened up about both marriage and fatherhood, even saying it took a lot of reflection and some convincing from Camila for him to finally take the leap of marriage.

He also said that before he had a family, he always knew he didn’t want them being subjected to the entertainment industry, however now he realizes he loves them being involved in his work.

“I can happily and honorably say…I so love having my children engaged in what we do, and meeting the people that we get to work with,” the proud father stated.

As for Camila, she makes sure to be by her husband’s side at all times. “When I go to work, she says, ‘All right, kiddos, we’re all going.’ No discussion. [She says,] ‘You’re the primary bread winner…We’re going with you. This is your career. We’re going.’ That’s a huge privilege.”