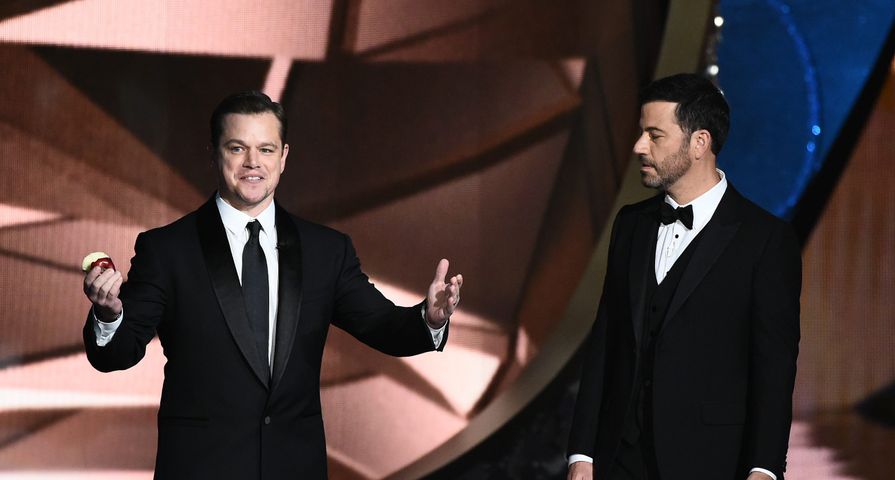 The “feud” rages on!

For over 10 years now, late night host Jimmy Kimmel and award-winning actor Matt Damon have engaged in a hilarious feud, so there was no way Damon was going to let the Emmys go by without poking some fun at his rival (and friend), Kimmel.

Those who watched the 68th Annual Emmy Awards on Sunday, September 18 are well aware that Kimmel was the host of the evening, but unfortunately he lost out on his own Emmy for Outstanding Variety Talk Series to Last Week Tonight With John Oliver.

“I missed the last category, did you win?” Damon asked Kimmel after the host’s loss, which he informed Damon of. “That’s a bummer,” Damon added. “It makes a lot of sense but you must be really bummed out.” “Yeah, I’m a little disappointed. Thank you,” he sarcastically replied as Damon threw in a joke about Kimmel handing out sandwiches from his mom which was earlier in the night.

“Oh, hey, Jimmy, tell your mom I like dem apples.” An unimpressed Kimmel responded, “Good one. Let’s take a commercial – I need to go throw up.”