Mario Lopez’s Kids Channel ‘Saved by the Bell’ For Halloween 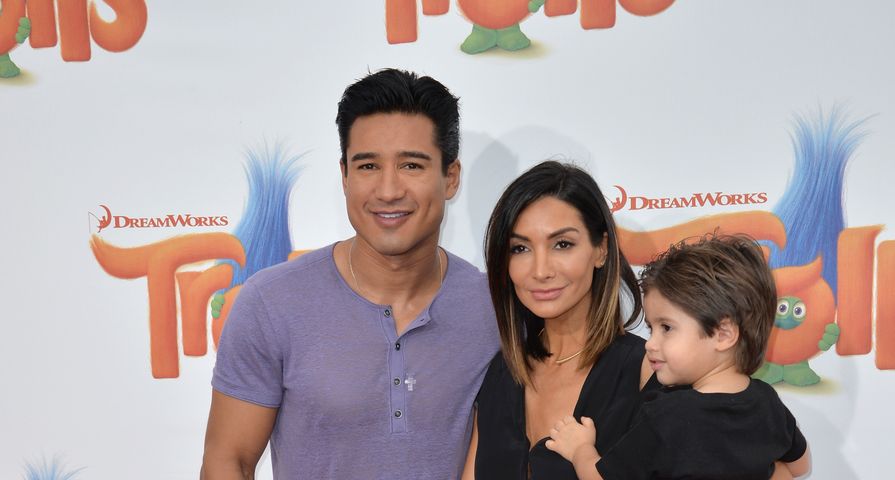 On Thursday, October 31, Mario Lopez turned Halloween into a Saved by the Bell family affair as he posted to Instagram a gallery of photos and videos of his three children (and dog!) dressed up as Saved by the Bell characters.

The eldest daughter, 9-year-old Gia, dressed up as Kelly Kapowski (portrayed by Tiffani Thiessen) and wore the classic Saved by the Bell red cheer uniform, and red and white pom-poms as an accessory. Middle child, 6-year-old Dominic, channeled Zack Morris (played by Mark-Paul Gosselaar) – the coolest kid at school – with an enormous brick-shaped mobile phone, acid-washed jeans and a rugby shirt over a jacket. 3-month-old Santino dressed up as a miniature A.C. Slater; Lopez’s role on the Saved by the Bell that helped him rocket to stardom. The youngest wore a wrestling singlet with a curly mullet wig. Last, by not least, french bulldog Julio Cesar Chavez-Lopez also joined the festivities and wore a chameleon costume to honor Slater’s deceased pet Artie.

There are also some posted videos that feature the two older kids cheering “Bayside,” in addition to Gia showing off some cheerleader moves, as well as Dominic chatting away on his oversized 1988 mobile phone.

NBC announced in September, the network has plans to move forward with a reboot of the show on NBC’s upcoming streaming service, Peacock. Lopez and Elizabeth Berkley, who played Slater’s girlfriend on the show, are confirmed to be part of the cast.