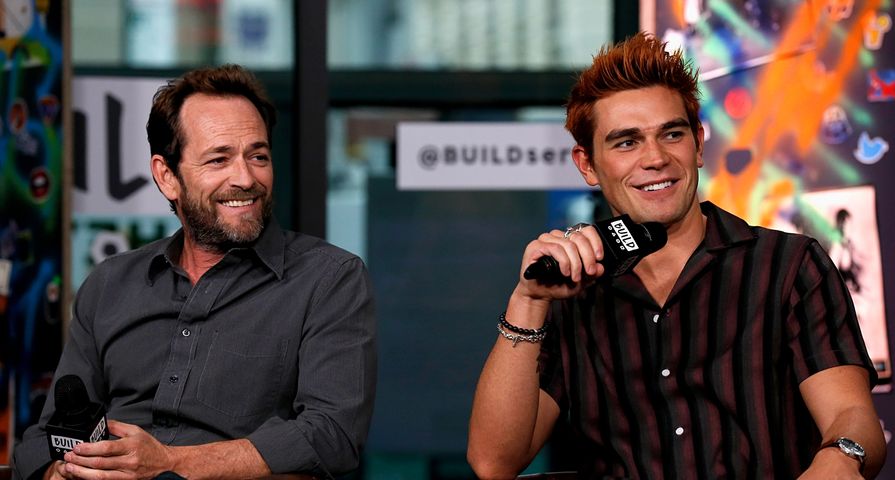 This week’s Riverdale episode is going to be more emotional than expected.

On Sunday, April 21, Riverdale‘s showrunner and creator Roberto Aguirre-Sacasa revealed that the Wednesday, April 24 episode of the series was the last that Perry filmed as Fred Andrews before his shocking and untimely death.

“This week’s #Riverdale is the last episode Luke filmed,” Aguirre-Sacasa wrote on Twitter alongside a photo of Perry as Archie’s (KJ Apa) dad. “As always, Fred’s imparting words of wisdom to Archie. A beautiful, true moment between a father and his son.”

He added, “Wish these scenes could go on forever…”

Since Perry’s death was completely unexpected, Acguirre-Sacasa has stated that they are planning on addressing the loss of the star and his character but for the moment the cast and crew are still trying to deal with his passing.

“You know, honestly, we are I think all still in shock and are all still processing and grieving,” he admitted. “We know that we have to address it in some way, but we’re giving ourselves a little bit of time and space before we figure out the best way to honor him.”

Meanwhile Riverdale star Cole Sprouse who plays Jughead Jones opened up about Perry’s passing on The View, saying that there will be episodes dedicated to him. “I can’t go too much into the spoilers of it, but we do have something planned narratively,” he said. “We dedicated some of the episodes to him.”

Perry passed away on March 4, 2019 after suffering a massive stroke days early on February 27.

Perry’s finale episode of Riverdale airs Wednesday at 8 p.m. ET on the CW.