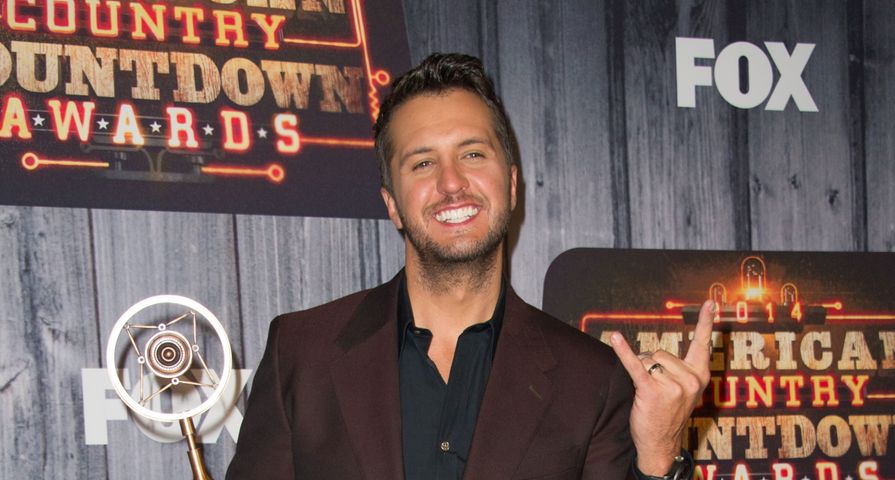 Luke Bryan, 38, has had a lot to celebrate in his life including a beautiful wife and two adorable sons, not to mention an unbelievable career in country music earning him his latest award, Male Vocalist of the Year, at the American Country Countdown Awards on Monday December 15.

While celebrating another big moment in his career, the singer also had to take the time to reflect on yet another personal loss after his brother-in-law Ben Lee Cheshire passed away over Thanksgiving weekend this year.

In his speech after receiving his award Bryan said, “I want to get serious just for a second. I want to thank all of my fans for the last couple of weeks in my life, for keeping my family in your prayers. And I wanna also recognize the country music community, all the artists. Fans, let me explain something to you. You guys support wonderful artists, because they have rallied around me and helped me and my family through the last couple of weeks. It’s just nice to feel love in a situation [like that]. Just thank you guys for an amazing 2014.”

Cheshire’s death comes seven years after the sudden passing of his wife and Bryan’s sister, Kelly, at the age of 39 and Bryan’s family remained close to Cheshire and their three kids after he was widowed by her death.

As well as thanking everyone for their support, Bryan also brought along his nephew and Kelly and Ben’s now orphaned youngest son, Til, 13 to the event to try to get his mind off of his tragedy.

“Til is my sister and my brother-in-law’s youngest, and we’re going hunting tomorrow on a trip down to south Texas. So he came into town and we dressed him up and let him have a little fun with us tonight,” Bryan told People magazine at the event.

Bryan’s older brother Chris also died suddenly in a car accident when Luke was only 19 years old, marking a life filled with tragedy.

After Cheshire’s death, Bryan was unable to attend the CMT Artists of the Year show on Tuesday December 2 after being named the CMA Entertainer of the Year this past November.

He was honored in absentia while the group Lady Antebellum and Chris Stapleton performed Bryan’s hit song “Drink A Beer” which he wrote in honor of his late siblings.