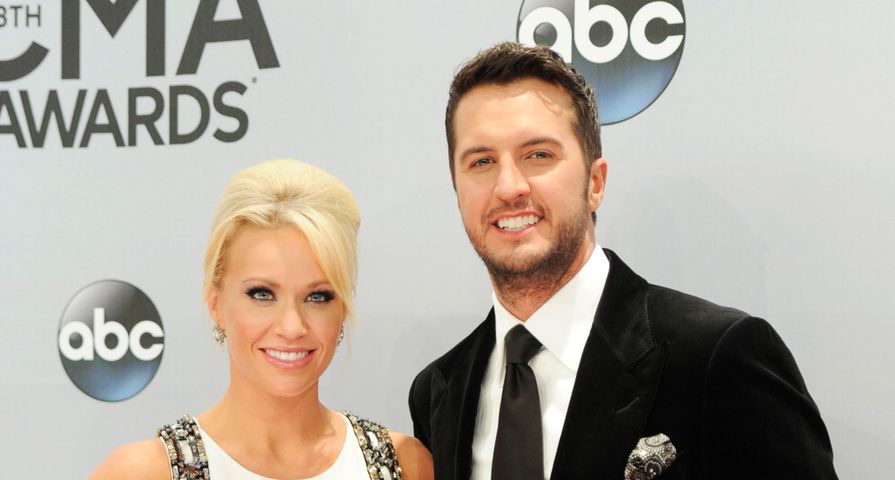 Country singer Luke Bryan has a seemingly great life as one of the biggest stars in the country music industry, he is extremely good looking and not to mention he is loved and praised as one of the greatest guys by everyone around him.

He of course has a wonderful family with his wife Caroline and two sons, Bo, 6, and Tate, 4, to support him every step of the way, however Bryan has experienced quite a bit of tragedy in his personal life and opened up about the most recent incident that left him to take in his 13-year old nephew Til.

Last November Bryan’s brother-in-law Ben Lee Cheshire died suddenly at the age of 46, leaving three children behind, two who are older and Til, only 13.

Cheshire had been married to Bryan’s sister Kelly who also passed away without warning in 2007 at the age of 39, leaving Til an orphan and so Bryan revealed to ABC News’ Good Morning America that Til has now joined Luke, his wife Caroline and their two sons at their home in Nashville and will raise Til as one of their own.

“We feel like if we just stay positive through this, maybe we’ll be a positive inspiration for people that had these things happen to ’em. You just have to plow on and play the hand that’s dealt.”

Luke also said that he is very thankful that he has the means to be able to fly Til’s two sisters out to visit him whenever they want and deal with everything as a family. “It’s every day on the phone all day trying to talk with the family and figure out what to do, but it’s what you gotta do. Tough stuff.”

While it is tough, and exhausting, Bryan stands by his faith and family to get them all through, “You know, we just stay positive. I think people expect that from me. I have to pray that people that have had similar situations can maybe look at my family and see me positively dealing with it. I’m not saying it’s easy.”

Prior to his sister’s death in 2007, Bryan also tragically lost his brother, Chris, who died in a car accident at the age of 26 in 1995, “Losing my brother changed me tremendously and losing Kelly, even more. I literally do not take one second for granted,” he reflected of his losses in 2013.