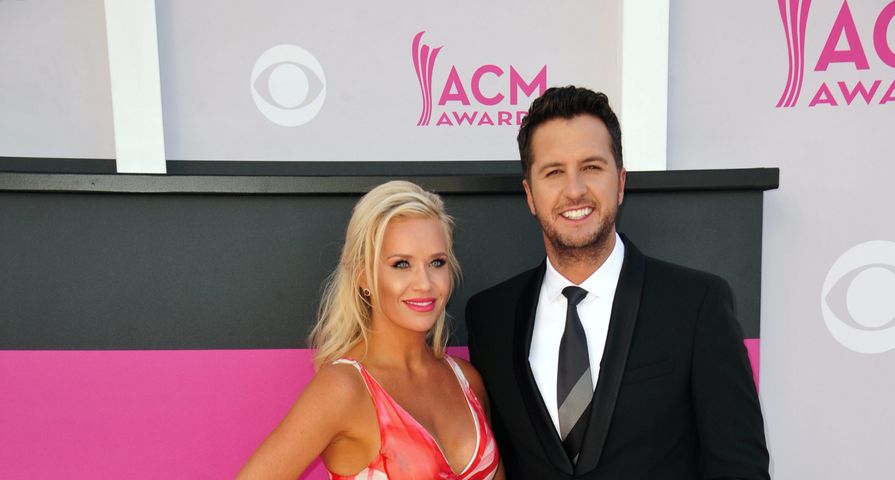 From the outside Luke Bryan’s life looks like a dream as he continues to be one of country music’s most popular and successful stars, but in reality he has battled tragedy after tragedy. In a new interview with Good Morning America, Bryan and his wife Caroline got candid about the unexpected deaths of Bryan’s siblings and taking in his nieces and nephews in the wake of the tragedy.

In 2000, Bryan’s brother Chris died in a car accident, in 2007 his sister Kelly died suddenly, and then in 2014 his sister’s widower Ben Cheshire passed away leaving their three children, Jordan, Kris and Til orphaned. “Just when we started picking up the pieces with my brother, then my sister — we lose my sister. I’ve watched my family go through ebbs and flows where we get mad at God and we get mad at why this happened,” the country star revealed to Robin Roberts. He added, “Well, you keep going and you try to be as positive as you can, and you try to appreciate every day. You’ll never get back to 100 percent. You’ll always be working to get back to 75 percent.”

When it came to taking in his nieces Jordan and Kris who are already living away from home, and Til, now 15, Caroline Bryan said she and her husband “never thought twice about it.” She added, “You know, it was never something that he and I had to sit down and talk about. ‘Should we take this on?’ We just did that.”

Til now lives with the couple along with their own two sons Thomas “Bo”, 9, and Tatum, 7, and Bryan admitted that raising a teenager was a pretty big change. “We’re buddies now, though, kinda,” the 41-year-old joked. “Until he makes me… that’s when I get onto him, I’m like, ‘All right, you’re making me be an adult; don’t make me be an adult!'”