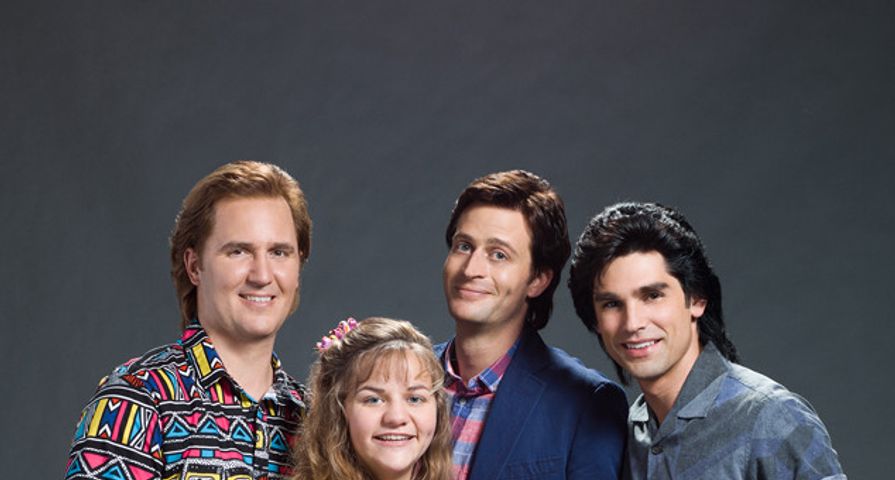 The excitement around the favorite ’90s family sitcom Full House has come back in full force since Netflix revealed it will be airing a spin-off from the show Fuller House produced by John Stamos.

Then, of course the infamous Lifetime network is throwing itself into the buzz with The Unauthorized Full House story and on Thursday, June 4 the network revealed the first cast picture and the actors who will be portraying the actors from the show including, Bob Saget, John Stamos, Dave Coulier, Lori Loughlin, Candace Cameron Bure, Jodie Sweetin, and Mary-Kate and Ashley Olsen. Now we know Garrett Brawith is Bob Saget, Justin Mader as Dave Coulier, Stephanie Bennett as Lori Loughlin, Shelby Armstrong and Brittney Wilson as different aged Candace Cameron, Dakota Guppy and Jordyn Olson as different aged Jodie Sweetin, two sets of different twins for the Olsen twins at different ages and last but not least, one time Miley Cyrus love Justin Gaston as John Stamos.

Due to Lifetime’s long running standing as producing biographies and unauthorized films that have come under heavy criticism many are weary of this one as well, especially as it follows the disaster that was The Unauthorized Saved by the Bell Story.

“From its start as an unassuming family comedy in 1987 to its eventual wildly popular 192- episode run, the film centers on the rise of the cast of one of America’s most beloved family sitcoms and the pressures they faced in balancing their television personas with their real lives,” the network stated of the film.

While it never takes long for celebrities and family members to fire back after these productions have aired, John Stamos is already voicing his skepticism tweeting earlier, “Full House TV movie on @lifetimetv?? Hmmm- yeah right, good luck with that.”