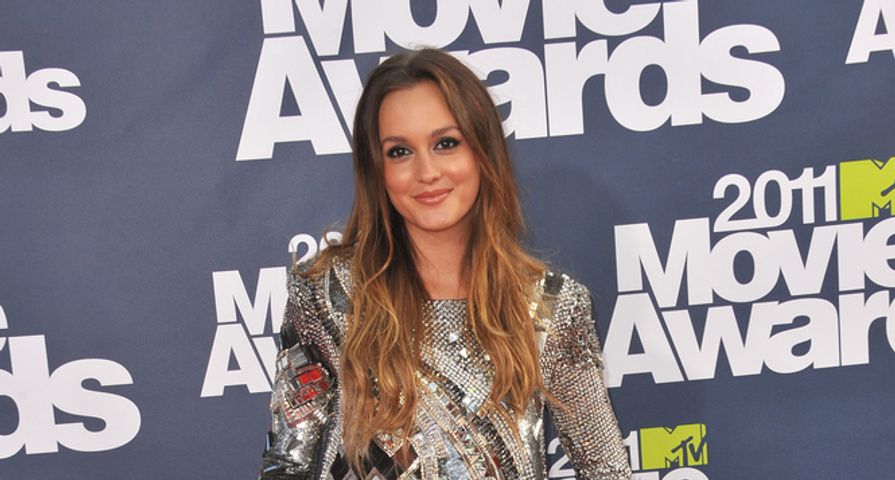 Another Gossip Girl star is having a baby — Leighton Meester is pregnant!

The 29 year-old actress was spotted with a rather large baby bump that she’s done a good job of hiding until now.

We probably shouldn’t be surprised; Leighton also kept it a secret when she and The O.C. star Adam Brody, 35, got married in early 2014.

Leighton and Adam first met on the set of the indie film The Oranges in 2011. “She says she always had a crush on him,” an insider dished. They didn’t make their red carpet debut as a couple until the Tony Awards in 2014, after they were married.

After Leighton and Adam began dating, they also worked on the film Life Partners together, but not as love interests.

Back in August, Adam did a Reddit Q&A in which he was asked how many children he wants to have. “I say twelve,” he joked. “And I decide.”

They may not have quite that many, but kids have always been on the agenda for Leighton. In October 2014, Leighton said in an interview with Nylon magzine, “Most people I know are starting to get married.  It’ll be kids next.  I like the grown-up stuff.  I like having a house.  I’ve got dogs.”