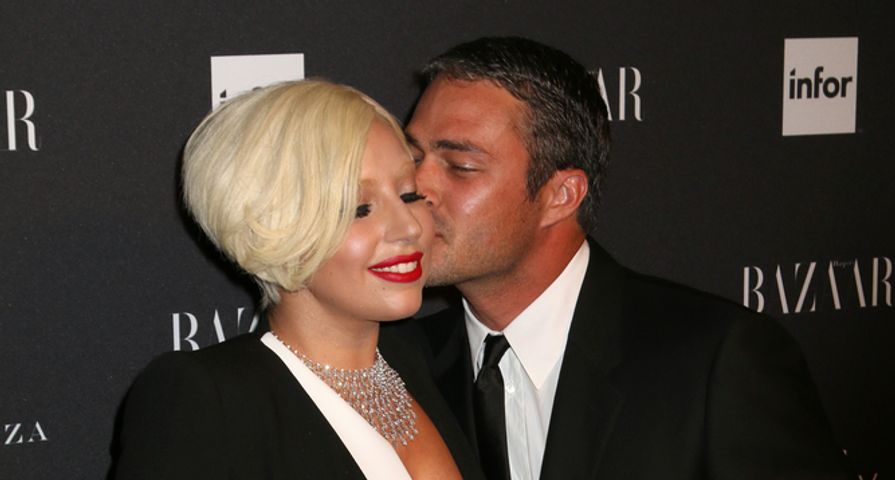 Lady Gaga is getting hitched!

The 28 year-old singer has confirmed her engagement to Chicago Fire and Chicago P.D. actor Taylor Kinney, 33.

Early this week, Lady Gaga (whose given name is Stefani Germanotta) announced the happy news to her fans via Instagram, where she posted a photo of her huge heart-shaped diamond engagement ring.

“He gave me his heart on Valentine’s Day, and I said YES!” she wrote as a caption under the black and white photo. Earlier, she had posted another photo captioned “ready for my Valentine” in which she showed off her big, retro black eyeliner and short, black bob haircut. It must have been before the proposal!

After Taylor proposed, the couple celebrated at her family’s restaurant, Joanne Trattoria, on the Upper West Side of Manhattan.

On Monday, Gaga was spotted walking around NYC with a big smile on her face, hiding her ring finger beneath a big purple fur coat — but the news isn’t hidden anymore.

During a recent interview with Howard Stern, Gaga said of Taylor, “He is the right guy. How do we know? It’s this feeling…”

She also joked, “If I get married, I’ll be hanging out in a pickup truck at a David’s Bridal while my stylist is screaming at me.”

Also Check Out: 7 Celebrity Couples Who Will Get Engaged In 2015!