Kylie Jenner Reveals Why She Came Clean About Lip Injections 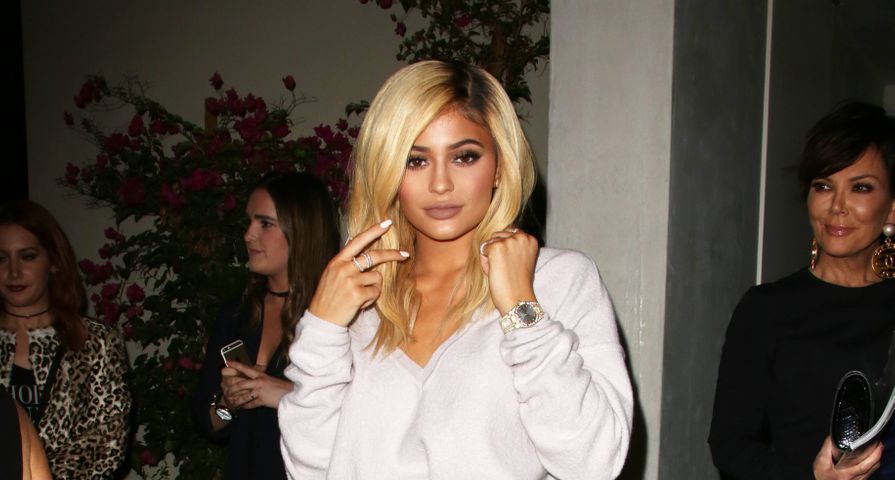 Kylie Jenner’s transformation over the years on Keeping Up With the Kardashians is without a doubt the most dramatic out of all the sisters starring on the show, and one of the things most focused on during this time have been her lips.

After a longtime seemingly denying she had done anything to plump her pout, a then 17-year-old Kylie finally admitted she had lip injections, and in a recent interview with Elle Canada the 18-year-old opened up about exactly why she came clean about surgically enhancing her lips. “When I got my lips done, I literally told no one! I didn’t tell my best friend or even the guy I liked at the time. I really thought it was no one’s business,” she told the magazine.

Jenner also admitted that her momager, Kris Jenner, was not thrilled about the decision either: “My mom was super against it, but I begged her and begged her and she finally let me do it.”

Kylie then explained that, although everyone called her a liar for denying the injections, she stated she requested not to be asked about her lips so that she didn’t have to speak about it at all. “After I did them, I thought it was so obvious that I didn’t have to say anything. I never denied it because I always told my publicist ‘no lip questions,’ so no one ever asked me. I never said I got them done, but I never denied it either. But people thought I was such a liar!”

However, Jenner says she finally had to address it after the plastic surgery rumors got out of control. “People were saying I got my chin reconstructed, that I got a nose job, an eyebrow lift, I got my boobs done, this and that. So I wanted to come out and say that this is crazy and I only got my lips done.”