Kristen Wiig Is The Most Hilarious Khaleesi Ever On Jimmy Fallon 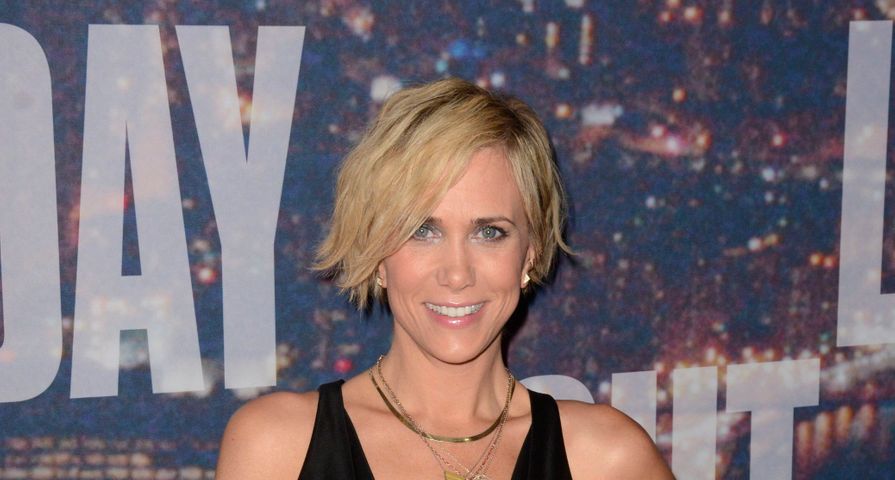 A lot of the time, the segments on Jimmy Fallon are so funny because of games he plays with celebrity guests, but this time it was all Kristen Wiig.

Following up her Harry Styles impression while on The Tonight Show Starring Jimmy Fallon back in February the comedic actress showed up for the show on Wednesday April 29 as none other than Game of Thrones‘ Khaleesi Daenerys Targaryen.

Wiig showed up with a platinum blonde wig, long gown, fake cleavage and of course a dragon on her shoulder giving possibly the most hilarious interview ever.

Clearly not knowing anything about the Game of Thrones character even Fallon couldn’t keep it together for most of Wiig’s responses to his questions. “Remind me again, what is your real name?” he asked the “Khaleesi” who responded with a simple, “Karen.”

The pair went on for a round of “Rapid Fire Questions” which did not go as rapidly thanks to both bursting out in laughter.

Wiig also used the opportunity to promote her new film Welcome to Me but before Fallon could show the clip he had to explain how a movie worked to the Dragon Mother who only understood after he said it was through “magic.”

Daenerys also revealed that she “loves” Kristen Wiig as an actress and explained that they bonded on the flight over. Fallon of course had to ask why she didn’t just take her dragon but apparently the airport has too many landing restrictions for dragons “Daenerys” explained.

Check Out The Hilarious Interview Below!