Kristen Bell Hints That ‘Veronica Mars’ Miniseries Is In The Works 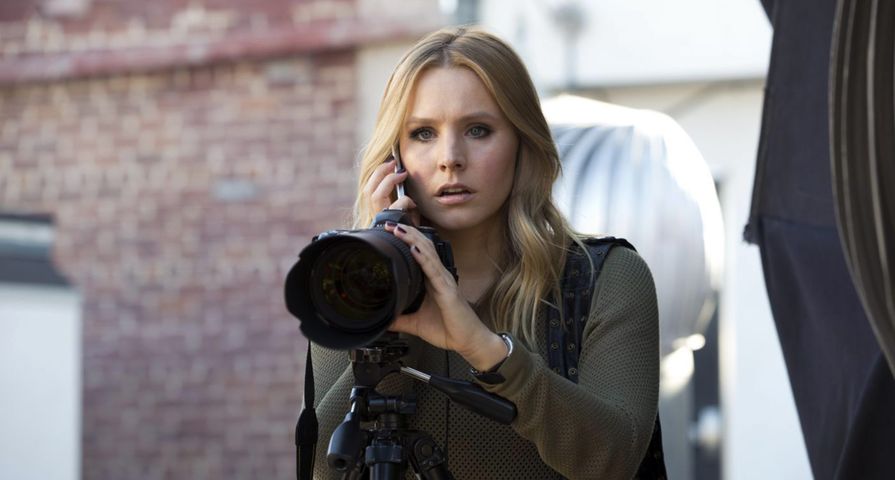 After outrage over its cancellation and a 2014 film, it seems that fans might be getting even more Veronica Mars!

While doing a Facebook Live chat interview with IndieWire, former Veronica Mars star Ryan Hansen who portrayed Dick Casablancas on the show, took some time to call his former co-star Kristen Bell to ask about any future plans for the beloved show.

Instead of dismissing a possible return, Bell had some exciting news for fans, saying, “We are willing to put the effort in. I mean, if I have to do it as Murder She Wrote at 80, we’re going to do it. It’s going to happen.” She then revealed she and the show’s creator Rob Thomas often discuss what is next for Veronica Mars, “Rob and I email about it every couple of months or so. And personally I think, and I think Rob probably agrees, is that a) we’ll never make the fans pay for it again, and b) the format works better as an episodic [series.”

While she made it clear they would be steering away from another film, she also explained that a full series return wouldn’t work out because of her starring role on The Good Place, and her film roles, meaning Veronica Mars would most likely return as a miniseries.

Veronica Mars left fans hanging in a big way after its cancellation following only three seasons from 2004 to 2007, but was then brought back with the 2014 film that was funded by a Kickstarter campaign which made more than $5.7 million.