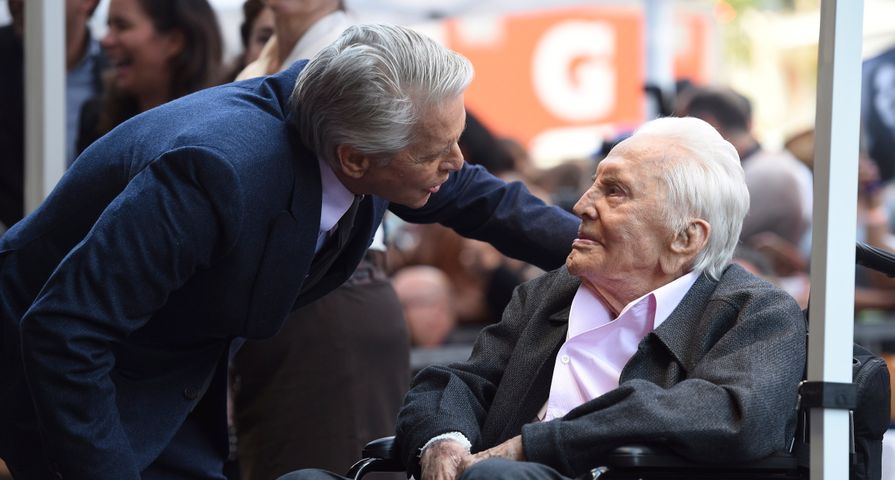 While Michael Douglas, who has more than 50 years in the industry was happy to be surrounded by his whole family, he gave a special shout-out to his dad for being there. “It means so much to me, Dad, that you’re here today,” he said tearing up. “Thank you for your advice, inspiration, and I’ll say it simply and with all my heart: I’m so proud to be your son.”

Meanwhile, Michael’s wife of eighteen years, actress Catherine Zeta-Jones was also on hand for her husband’s celebration. “We’re in the car, and someone is getting a Hollywood star on the Walk of Fame, and that is my hubby, Michael Douglas,” she shared in an Instagram video on their way to the event. She then shared a sweet video of Kirk and Michael arriving at the event.

Michael was also accompanied by his oldest son, Cameron, who posed for photos alongside his famous father and grandfather.

Also on hand to witness the ceremony was Eric McCormack (Douglas introduced the Will and Grace star when the latter recently received his own star on the Walk of Fame), Douglas’ Black Rain costar Andy Garcia and Ant-Man director Peyton Reed.