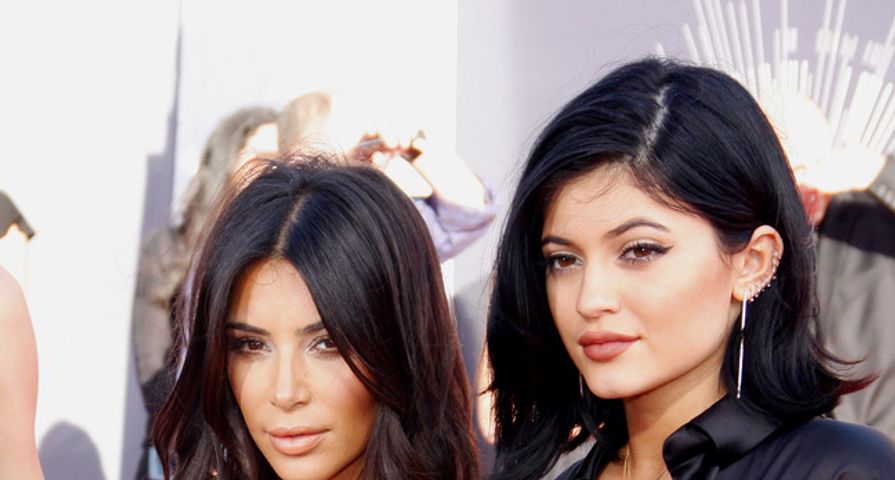 It has been really obvious, especially recently, that Kylie Jenner is slowly transforming into a copy of her older half-sister Kim. From attitude to looks to fashion, Jenner is really taking over Kim’s spotlight and in a new vlog filmed by the two, “You’re in Bed With Kim and Kylie,” Kim admits she is being dethroned.

“How do you feel now that you’ve dethroned me?” Kim asked Kylie who smiled but didn’t answer. Kardashian then went on to state how happy she is about Kylie’s rising popularity, especially now that Kim is more family focused being pregnant with her second child. “I love it, like, I love it. I need some time off. I mean honey, let’s be real, you’ve got to put in a few more years before you actually dethrone me. But I give my baton to you. Who better to pass on knowledge to my baby sister, rather than a random non-family member.”

As if we didn’t already know, Kim also confirmed that she has practically been training Kylie in her ways: “You guys, this is amazing. I give Kylie all my tricks, I give her all my tips. I give her everything, and more. She is so, like, deserving. If I would want anyone to follow in my footsteps, anyone to borrow my clothes, anyone to like share my glam team it is Kylie, King Kylie.”

After that Kim finally asked Kylie about the rumors she was engaged to Tyga after he posted a Snapchat video in which he called Kylie his fiancee. “Why did Tyga call you his fiancee? I was like, dying to know.” Jenner explained they aren’t really engaged and it was just a joke. “He was making fun of an Instagram he posted 30 minutes before. He knew there was this guy who was on Instagram who was like, ‘I don’t like nobody. I just play with my fiancee and my little dog.”