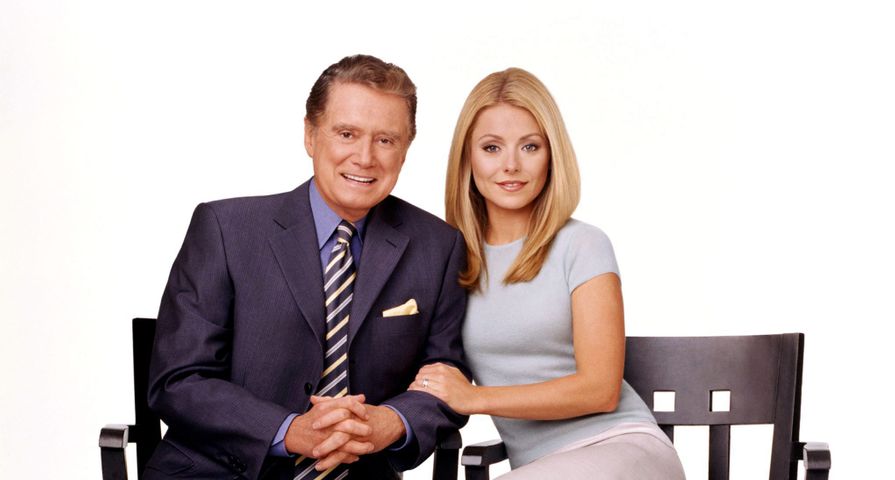 Despite working together as the co-hosts of Live! With Regis and Kelly for 11 years, Kelly Ripa recently revealed that when the cameras weren’t rolling things certainly weren’t so lively on-set.

In an interview with The New York Times, Ripa revealed that Regis Philbin didn’t really talk to her off-air. “Regis had a mandate: Absolutely no talking off-camera,” the 46-year-old shared.

She went on to explain that her longtime co-host preferred to save everything for when they were taping the show ““He had almost a superstition about it. You save it for the show. I’d be like, ‘Good morning,’ and he’d say, ‘Save it for the air!’ ”

Since the two were so great together on-air, fans were very surprised to hear how their relationship was behind the scenes, and back in February Philbin told Larry King how he and Ripa haven’t had much contact since he left the show in 2011. “She got very offended when I left. She thought I was leaving because of her,” Philbin said of Ripa, and added, “I was leaving because I was getting older and it wasn’t right for me anymore.”

In her New York Times interview, Ripa also discussed how different it has been having Ryan Seacrest as her co-host as the two are not only coworkers but friends. She explained how they text all the time when they aren’t together and hang out on weekends. Seacrest added that he values Ripa and their friendship as well. “If it were raining outside and there was a puddle, I’d want to stand in front of Kelly so she wouldn’t get wet,” said Seacrest. “There’s that protection thing.”