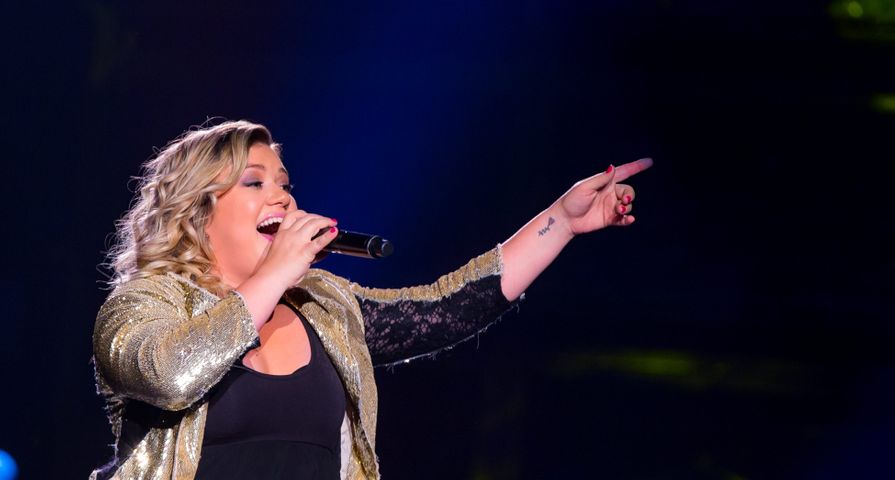 The singer revealed that she and husband Brandon Blackstock are expecting their second baby together while performing to around 20,000 people on Wednesday, August 19 at Los Angeles’ Staples Center.

An emotional Clarkson kept breaking down while performing her ballad “Piece by Piece” until she finally explained exactly why she was getting so emotional, and spilled her secret. “I was not planning on announcing this but I’m totally pregnant,” the 33-year-old told the crowd who went wild in excitement for the star’s big news.

“My makeup artist is backstage hating me. I didn’t want you to think I’m on pills or something,” she further explained, adding, “I would like to apologize to my husband. This was not planned. I’m just so hormonal. Everything is great, I haven’t vomited yet. That’s a win y’all.”

A few months ago Clarkson opened up about her first pregnancy being very rough but also confirmed that she and her husband did want to have another baby anyway and now their wish is coming true. “My body shut down when I [was] pregnant, it was the worst. I just want one more so I just got to pain through it one more time. I’m purely hoping it is a boy so I can have the most magically wonderful pregnancy,” she told the Zach Sang and the Gang radio show.

Clarkson and Blackstock were married in October 2013 and welcomed their first child, daughter River Rose in June 2014.