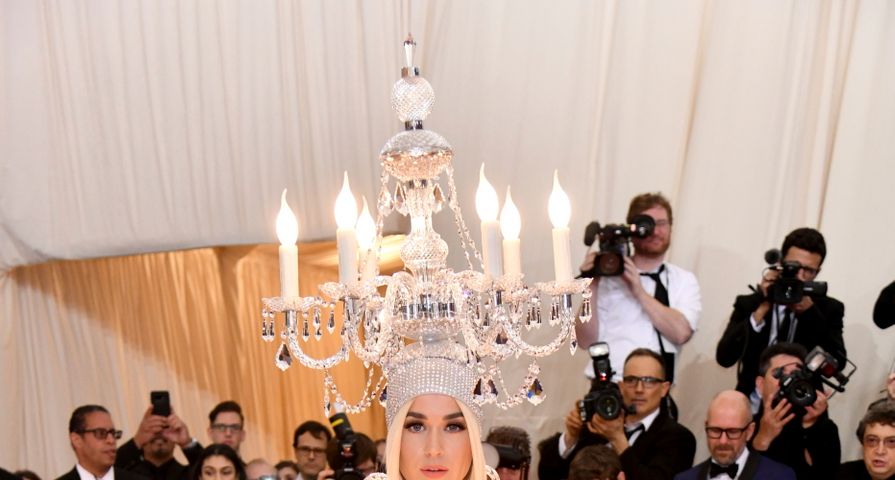 We’ve grown accustomed to Katy Perry’s experimental sense of style over the years, but for the annual Met Gala, she always pushes the limits even further. This year, she wore a sparkling Moschino dress that featured three layers of light up candles resembling a chandelier.

Moschino designer Jeremy Scott shared his vision behind the look on Instagram. “Who has ever been to a ball that did not have a chandelier?!,” shared Scott. “The idea of elegance itself is quite camp and I wanted to play with that concept, poke a lil fun at it with a loving nudge.”

He also shared further insight into the design process. “The look is extremely complicated, perhaps my most complicated creation to date! There is a built-in corset consisting of 18 steel bones and two hidden battery packs to illuminate the lights,” said Scott.

Check out the dramatic chandelier look below: