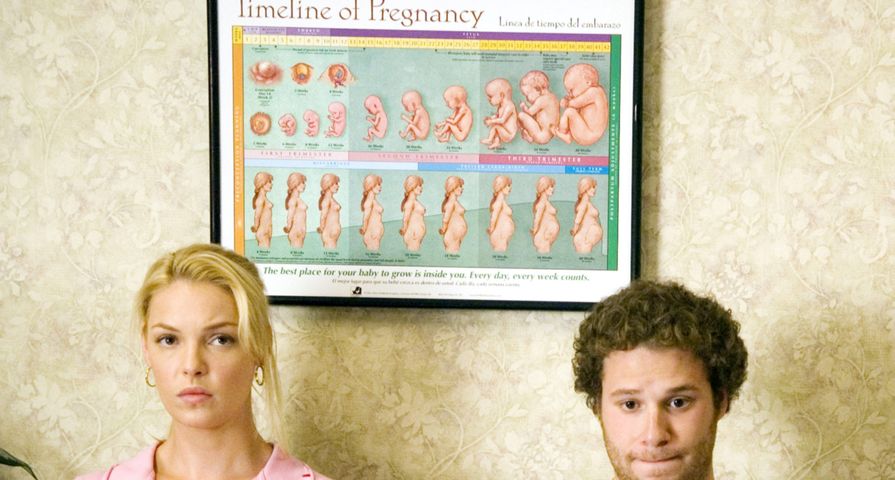 It has been a long road to clearing the air for Knocked Up co-stars Katherine Heigl and Seth Rogen.

The two starred in the hilarious 2007 comedy together, but soon after the film came out, things went bad. In 2008 Heigl slammed the movie that essentially launched her film career saying things like “it paints the women as shrews” and “it was hard for me to love the movie.”

On Monday, August 8, Rogen did an interview on Howard Stern’s SiriusXM radio show where he finally opened up about the feud which also included Knocked Up‘s director Judd Apatow. In the interview, Rogen stated that he was “never mad” at Heigl and added that he was, however, “somewhat betrayed” by her interview, but said he respects “the fact that perhaps she realizes that [the interview] hurt her career.” He then added, he never wanted it to “have happened to her at all. … I’ve said a thousand stupid things, and I really like her.”

After Rogen’s kind words nine years after the film, Heigl spoke out saying, “I think he’s handled that so beautifully and I just feel nothing but love and respect. And it was so long ago at this point, I just wish him so much goodness, and I felt that from him too.” Heigl also opened up about the feud just recently, and also to Howard Stern, when she told him back in April that when she criticized the film it was “an immature, dumb-ass moment,” and revealed that the scrutiny she got from reports of her diva behavior from the film and Grey’s Anatomy sent her into therapy. I had never done therapy until a couple years ago. I started going because of the [pauses] scrutiny. I was not handling it well. I was feeling completely like the biggest piece of s–t on the bottom of your shoe.”

Now the gorgeous star is gearing up for the fall debut of her new CBS drama Doubt.