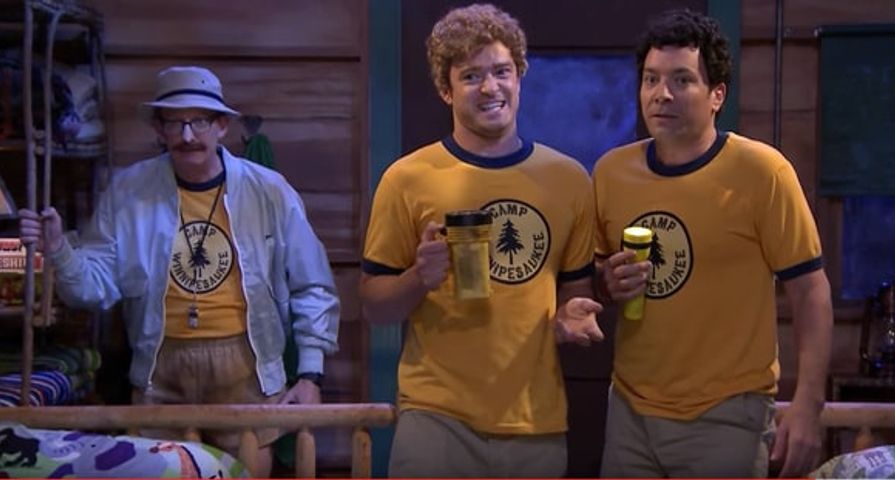 When all else fails, fans can always expect Justin Timberlake to turn up on the Tonight Show to hang out with his best friend, Jimmy Fallon.

Over years of appearances on the show, Timberlake and Fallon have had some memorable moments with their Camp Winnipesauke segments, and they returned once again on Wednesday, October 26.

The two kicked it off with Fallon asking if Justin had any costume plans for Halloween, to which he responded, “Ya I do! Also, why are we at summer camp in the middle of October?” Jimmy then wanted to guess his costume with only the hint that it is a “TV character,” and after guessing Steve Urkel, and Zack Morris, he got it right with Blossom!

As always the pair also did a sing along and this time it was to Alanis Morissette’s “Ironic,” which required them to fight off laughing the entire time before being interrupted by camp counselor Mr. Fletcher. Of course, they had to finish the song which got them their snack shack privileges revoked, and begrudgingly went back to bed before saying, “Hey Jimmy – best friends forever?” “Best friends forever,” Fallon confirmed.