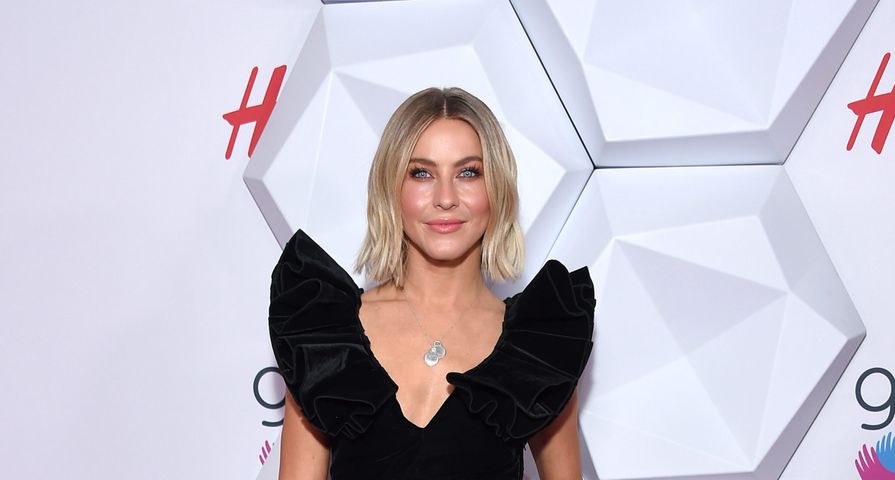 After news broke out that Gabrielle Union and Julianne Hough would not be returning as judges on America’s Got Talent – and a report about the “toxic culture” that surrounds the show – Hough told Entertainment Tonight that she’s “really happy” Union met with NBC.

“That’s awesome. Oh good. That’s amazing,” the former Dancing With the Stars pro told Entertainment Tonight on Wednesday. “Honestly, we’ve been here doing so many rehearsals I haven’t really looked at my phone, but that makes me really happy. That’s such an amazing step in shifting the paradigm of the workplace and it’s great.”

When Entertainment Tonight asked why she’s not returning to the upcoming season of America’s Got Talent premiering in 2020, Hough said, “My option was not picked up,” about not being given a reason. “I found out later as I had conversations. But everybody has their unique experiences whether it was on AGT or multiple other shows that people have. So everybody has their unique human experience. That’s what it is to be human and so I value everybody’s voice and I just feel like everybody should be heard. Whether that’s publicly or privately, I feel like everybody has that choice and that right.”

Earlier this week, Hough talked about Union’s claims and told PEOPLE Now: “I know who I am, and as egocentric as this may sound, I totally and utterly love myself. And so I choose to, with whatever I do, just take all the lessons that I’ve learned and add them to my vocabulary and move forward.”

Although she didn’t address the allegations there were claimed in Variety‘s report – mainly claims about racially insensitive situations and “excessive notes” about her and Union’s appearances on the competition series – she did talk about the importance of a safe working environment.

“I just believe and value at the highest regard that everybody has a voice and should be heard, first and foremost,” she said. “And then I believe that the paradigm of the workplace and how you do business and work with people now, it’s shifting, and I think that the people that really want to see change happen are going to authentically and positively… do that. And so that’s all I really have to say about that.”

While the 31-year-old star will not be returning as a judge on the show, she is still working with NBC on other projects. Hough will star in a Christmas special with her brother, Derek Hough, titled Holidays With the Houghs and will appear on the annual Christmas In Rockefeller Center.

“There [are] so many projects that I’m doing with NBC that I’m really excited about,” Hough said. “There [are] lots of things out of our control, and so as long as I stay authentic in who I am and everybody else involved also stays connected to who they are, that’s all that matters, and not trying to please or have a perception of what you think people want to hear, and just staying true.”

Hough issued a statement to Variety about her time on America’s Got Talent saying she had “a wonderful time” on the show, and that she’s “happy to continue my working relationship with NBC.”

Although Union hasn’t addressed the allegations either, she did thank her friends, family, and fans on Twitter for their support.

“So many tears, so much gratitude. THANK YOU! Just when you feel lost, adrift, alone… you got me up off the ground,” she tweeted. “Humbled and thankful, forever.”

On Sunday, NBC, production company Fremantle, and Simon Cowell’s company Syco Entertainment released a joint statement amid the allegations, said: “We remain committed to ensuring a respectful workplace for all employees and take very seriously any questions about workplace culture. We are working with Ms. Union through her representatives to hear more about her concerns, following which we will take whatever next steps may be appropriate.”

As a result of all the claims made about America’s Got Talent, the SAG-AFTRA has launched an investigation, and the network and production companies will retain outside counsel to assist SAG-AFTRA with their investigation.