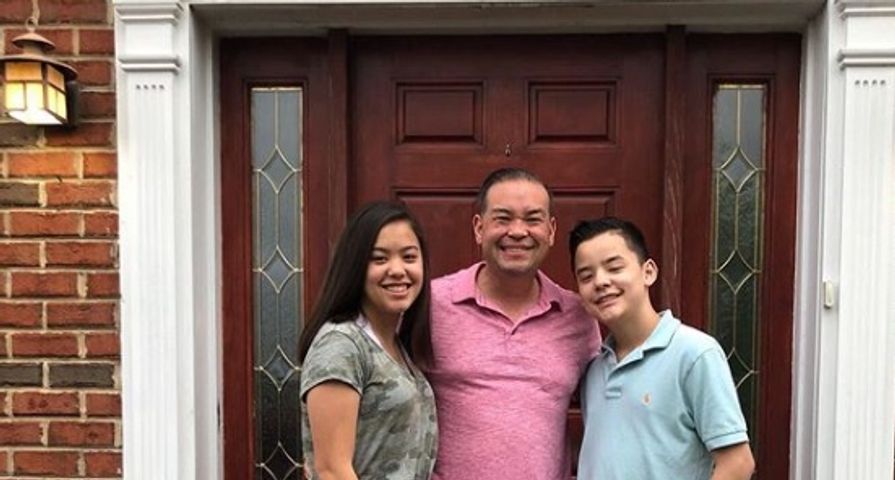 Ever since their public and nasty split in 2009, former Jon and Kate Plus 8 stars Jon and Kate Gosselin have claimed serious allegations against one another, and now that Jon Gosselin is in custody of two of his eight children, he is claiming that his ex’s treatment of the children was on the borderline of abusive.

In a new interview with DailyMailTV, Jon said that Kate was a “militant” mother and added some of the “children have suffered abuse” while being raised primarily by her.

In the interview Jon added that he had received around “50 or 60” letters from the Department of Human Services over the past ten years because of suspected child abuse and then discovered that Kate sent their son Collin to a behavioral unit to live without his knowledge. Jon explained that Collin was “caged” while he was at the facility for three years, and says Kate only visited their son three times over those years.

“He was alone for three and a half years with no parents, all locked up,” Jon claims. “It was inhumane.”

Jon then alleged that he was only able to get Collin out of the facility after Collin’s roommate smuggled out a letter to him in which Collin was begging for help.

“Dear Dad, I’m not trying to trick you, but I still love you,” Collin, 15, wrote in a June 2017 letter obtained by DailyMailTV  on Wednesday, September 17. “I told Mom  I want to live with you, she said no. But right? She can’t choose for me. I’m old enough now, I’m YOUR son, not hers. She was abusive to me after I left your house. I’m sorry. Take this to court because … you’re my dad, my savior. Please help me and let me meet Colleen [Conrad, Jon’s girlfriend]. I’m counting on you to get me out of here. Daddy, I love you. save me. Please come FAST. I love you. Help me. BYE.”

After Jon received the letter written in crayon from his son, he “raised the money to get a lawyer and went through the courts to get joint legal custody” only to have Collin moved to another institution five hours away in Pittsburgh. “I’d drive out to Pittsburgh to visit him as much as I could and eventually it progressed to overnight stays before he was finally released into my custody,” Jon explained.

In addition to Kate’s treatment of Collin, in the interview Jon also stated that Hannah was also “mentally abused,” and claims both of his children in his care suffer from PTSD. “Hannah had had enough, she was always labeled the leader of the pack. She just got tired of being the leader of the pack and all that responsibility. She just wanted to be a kid,” Jon stated. “Kate targeted her. I mean, who puts all that pressure on to someone that’s 12 years old, it’s a lot.”

“I have watched my children suffer and I have not been able to say a word,” Jon adds, referencing a gag order from their 2009 divorce. “It’s not about me, I don’t give a s**t, I’m like whatever, I’ll just go to work, you know? But my kids have suffered so much. Who’s going to defend them?”

Jon and Kate Gosselin were married in 1999 before they welcomed twins Mady and Cara, who are now away at college, followed by sextuplets Hannah, Collin, Leah, Aaden, Alexis, and Joel in 2004.

FRESHMAN!!! 9th Grade Wow!!! I can’t believe it!!! Good luck to Hannah and Collin this year!!! Today is their first day of high school!!!! I hope all my kids have a wonderful year in high school this year and have great experiences!!! Love all of you!!!