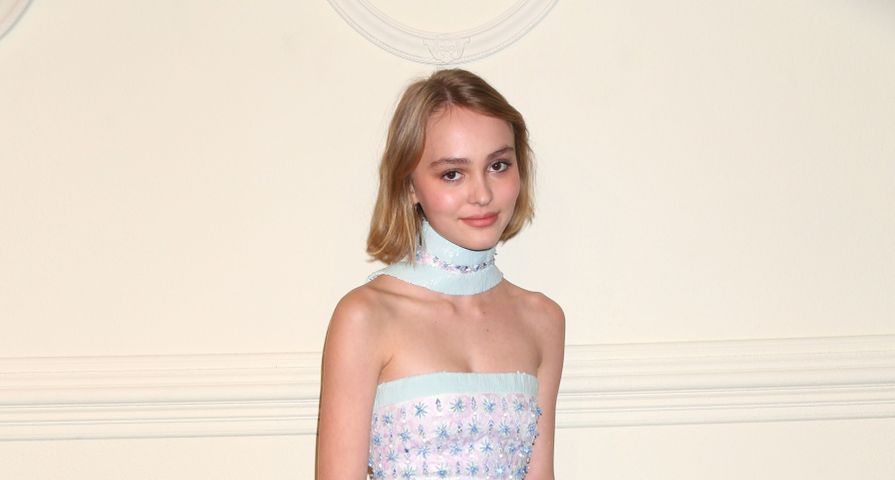 Having famous parents is great for so many reasons, one major one being great genetics. This is clearly paying off for Lily-Rose Depp in a big way.

The 16-year-old daughter of iconic actor Johnny Depp and model Vanessa Paradis has mostly stayed out of the spotlight despite her famous family, but now all eyes will be on her as she has landed her first major modeling campaign with none other than Chanel.

Chosen by Karl Lagerfeld himself, who happens to be a good friend of Lily-Rose’s mom, as the new Chanel ambassador, she will be the face of the fashion house’s Pearl eyewear collection. “Lily-Rose is stunning. She’s a young girl from a new generation with all the qualities of a star,” Lagerfeld said of his new Chanel ambassador.

Vanessa Paradis has been a brand ambassador for Chanel since 1990 and both took part in the brand’s Fall-Winter 2015/16 Haute Couture show in Paris recently.

The campaign for the eyewear is sixties inspired with Depp wearing round, tinted glasses and Lagerfeld explaining in the shots she is playing “a baby doll in a world imbued with sweetness and femininity.” If Lily-Rose is anything like her parents, she probably has a long and remarkable career ahead of her.