Johnny Depp Injures Hand While On Location For Next “Pirates” Movie 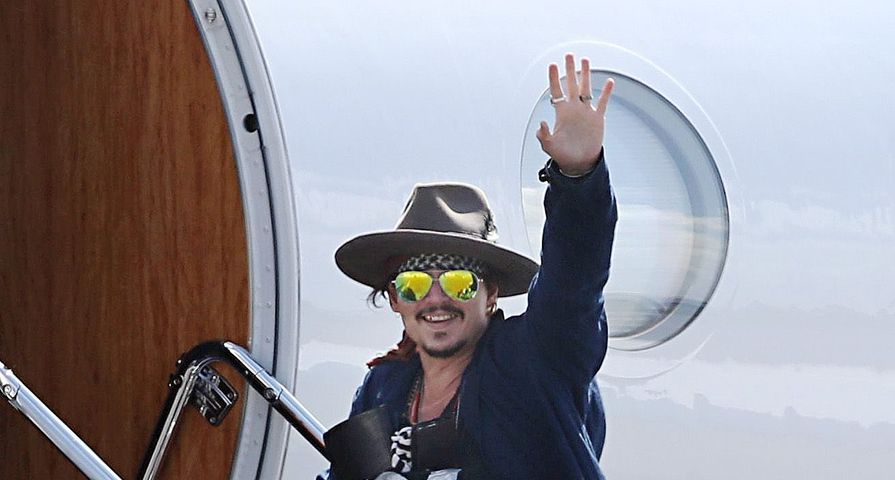 One Tree Hill Podcast: Revelations From Episode 2 "Take Me to the Pilot"
Photo by Annette Dew/Newspix/REX

Captain Jack Sparrow may be able to avoid serious injury or even death at all costs but unfortunately Johnny Depp, 51, could not channel his alter-ego enough to avoid sustaining a hand injury while in Australia to film Pirates of the Caribbean: Dead Men Tell No Tales.

It’s not clear how Depp sustained the injury but reports indicate he was not filming when it happened; although he was spotted boarding his private jet in Brisbane on Wednesday March 11 with his hand bandaged and in a sling as he has to go back home to L.A. to receive surgery.

Depp is expected to be away from the set for about two weeks but the movie which only started filming last month is not expected to be delayed by the star’s absence as production will only be “minimally impacted” and the release date will remain July 7, 2017.

Dead Men Tell No Tales is the fifth installment of the lucrative Pirates of the Caribbean franchise and will also see the return of Geoffrey Rush as Barbossa and Kevin R. McNally as Gibbs while Javier Bardem joins the cast as Captain Salazar.

Walt Disney Pictures is planning to wrap production late this summer and just last month revealed further plot details for the film: “Thrust into an all-new adventure, a down-on-his-luck Captain Jack Sparrow finds the winds of ill-fortune blowing even more strongly when deadly ghost pirates led by his old nemesis -the terrifying Captain Salazar, escape from the Devil’s Triangle, determined to kill every pirate at sea…including him. Captain Jack’s only hope of survival lies in seeking out the legendary Trident of Poseidon, a powerful artifact that bestows upon its possessor total control over the seas.”