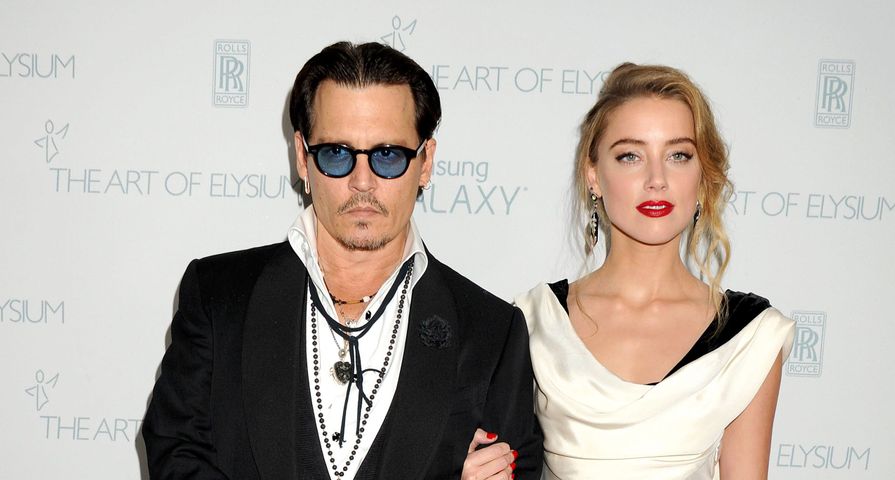 First, the lovebirds tied the knot at Johnny’s house last Tuesday in a super private ceremony. Then, they jetted off to Johnny’s private island in the Bahamas, where they wed again in a slightly larger ceremony (only 24 chairs were set up) that included fellow actors such as Paul Bettany, Johnny’s co-star from the film Mortdecai.

Last March, the couple had a more star-studded engagement party with a guest list that included Mandy Moore, Steven Tyler, and Marilyn Manson.

Guests reportedly spent the weekend hanging out on the beach, drinking, playing music and snorkeling. Check out the video for photos!

Johnny, 51, bought the Carribbean island, named Little Hall’s Pond Cay, in 2004 for a reported $3.6 million. At the time, he was still with Vanessa Paradis — and one of the beaches is even named after her. Although they never married, Johnny and Vanessa were together for 14 years and have two children together, Lily Rose (15) and Jack (12).

Before that, Johnny was married to makeup artist Lori Anne Allison for just two years in the eighties. He has also been engaged to Jennifer Grey, Winona Ryder, and Sherilyn Fenn.

This is the first marriage for Amber, 28, who met Johnny on the set of their film, The Rum Diary.