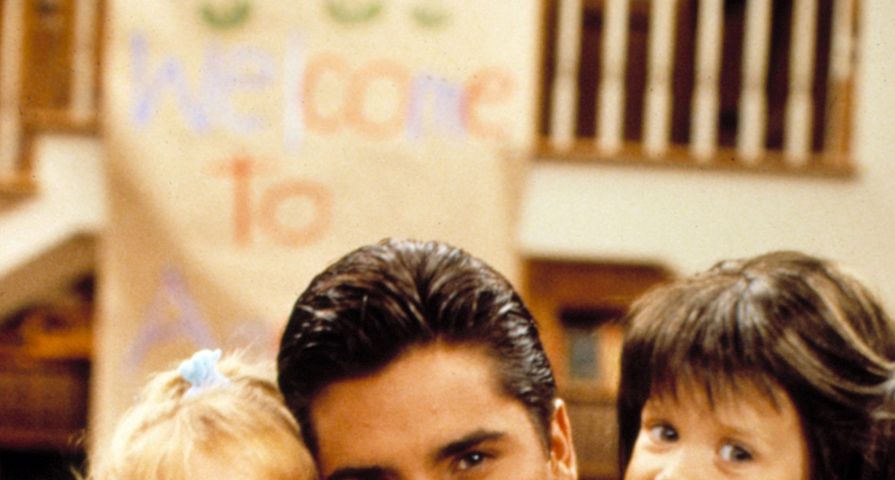 Lifetime continues to pump out the unauthorized, “true” movies about famous shows from the ’80s and ’90s yet, as many remember from the Saved By the Bell Lifetime movie, much of it is exaggerated and not true at all.

The latest show to get the Lifetime treatment is Full House, ahead of the release of the Netflix spin-off, Fuller House.

In the first preview for Lifetime’s Unauthorized Full House Story, Justin Gaston who plays John Stamos complains about not being able to film a scene because of the toddlers who play Michelle Tanner, who we all know really was Mary-Kate and Ashley Olsen.

It turns out, however, that this is not an exaggeration as Stamos admitted to reporters on Thursday, Aug. 6, that he actually did suggest having them replaced. “It is sort of true that the Olsen twins cried a lot. It was very difficult to get the shots. So I [said], ‘Get them out…!’ That’s actually 100 percent accurate. They brought in a couple of unattractive redheaded kids. We tried that for while and that didn’t work. I said, ‘Alright, get the Olsen twins back!’ and that’s the story.”

Stamos also revealed that he has already filmed two episodes of Fuller House and is also working on episodes for his new show Grandfathered, which means the 51-year-old is one busy man these days.

Meanwhile, with a lot of the original cast on board to at least appear in Fuller House, it seems there is still a slight chance the Olsen twins will get involved. “The Olsen twins are teetering on whether or not they’ll be around,” Netflix’s Ted Sarandos said recently.