John Cena Changes Stance On Kids, Says He Wants ‘A Family’ With Nikki Bella After Split 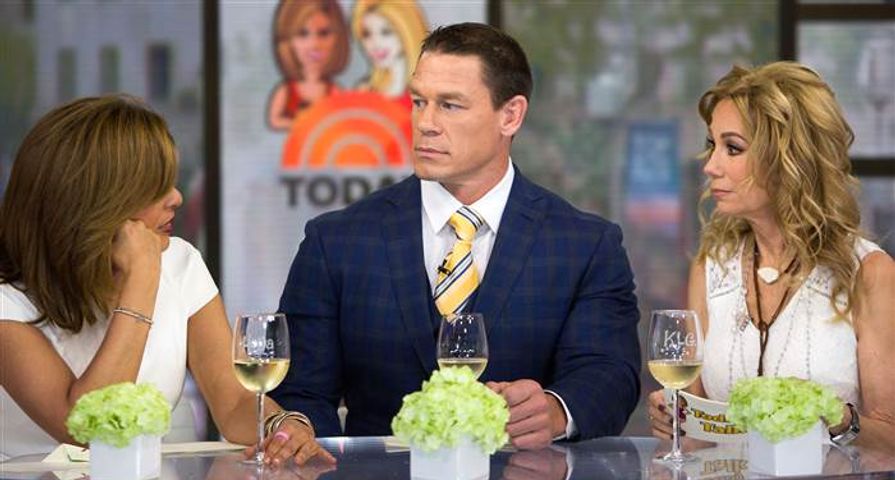 Those who followed the dramatic split of actor and wrestler John Cena and his longtime girlfriend, former wrestler Nikki Bella, know that one of the biggest issues in their relationship were their opposing views on children, but it seems Cena has had a change of heart.

The pair split only a few weeks before their May 5 wedding, and it didn’t take long for details about their differences to be leaked. For quite some time Cena was against ever getting married again, but after his surprising Wrestlemania 33 proposal, Bella was hoping he would change his mind on kids too, but Cena was adamant about being “selfish” and loving his life the way it is.

On Monday, May 14 however the 40-year-old surprised everyone when he gave a very personal interview on the Today show with Kathie Lee Gifford and Hoda Kotb. When asked about where his relationship with Bella is now, he replied saying its complicated. “It’s up and it’s down. I’ve always been honest with you guys, I also don’t want to ruin the viewers’ morning by giving them a bowl of sadness soup. It’s been up and it’s been down,” he explained. “It’s been incredibly reflective, which is amazing, but it’s very difficult. I had my heart broken out of nowhere — well, for me it was out of nowhere. And anyone who has experienced that knows that it comes with a series of bad feelings. But I’ve looked at myself every day and I’ve tried to evaluate myself and the woman that I love.”

He continued, “But for anyone speculating on like what I’m doing with my life now. I still love Nicole, I still would love to marry Nicole, I still would love to have a family with Nicole. There was an unfortunate set of circumstances where our relationship ended. There’s been a lot of speculation recently about me being seen in public, and everyone’s been like, ‘Oh John Cena’s enjoying the single life.’ No, I was supposed to be married and have a honeymoon over these two weeks. I am in my house alone surrounded by these emotionally strong memories. And everyday from 6 to 9 I get out of the house and talk to strangers as social interaction.”

The wrestler added, “I don’t want anybody else. I love Nicole and I’m really trying to support her in her trying to find whatever it is she wants that made this fall apart in the first place.”

Of course, Kotb was quick to point out that Cena said “I would love to have a family with Nicole” even though it was well known he didn’t want kids, and he replied, “If you look at me five years ago: stubborn, selfish, self-focused, life had always been about me. And then slowly over time this woman waltzes in and just steals my heart, and whether I wanna realize it or not, she becomes my number one. So I’m willing to go back on all of these things that I say, and a lot of them I would hang onto just out of stubbornness. ‘I won’t have kids,’ and it took a very strong look in the mirror for me to be like, ‘Why? This is person is my number one and it’s something that’s very valuable to her. Of course we can do this, and I think it would be wonderful.’”

He made his point even clearer, adding, “The point is for anyone out there speculating on what’s going on, I love her. I want to be with her. I want to make her my wife. I want to be the father of her children. I just want us to work and that’s so just from here,” he said, touching his heart, “and all that other stuff is B.S. I’m just trying to live life without her on a very emotional set of time.”

After Cena’s comments, Bella opened up about their relationship at NBCUniversal’s Upfront Presentation, saying, “I truly hope one day that we can work it out and get back together. I think there is hope.” She added whatever she wants herself and Cena “to live the rest of our lives happy.”

“Hopefully that’s together, maybe it’s not. But right now, I’m just focusing on me and healing me,” explained Bella. “I think I kind of lost me and now I want to find me, so that’s my goal.”