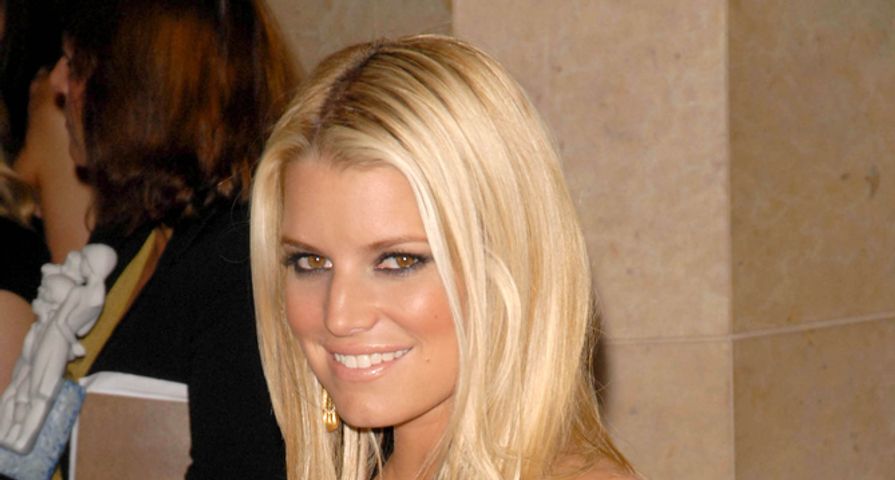 Jessica Simpson is back – and looking better than ever!

The 33 year old’s body has changed a lot over the past few years. She gave birth to her daughter Maxwell in May 2012, became a WeightWatchers spokeswoman and then announced she was pregnant again in December 2012 before having her son Ace in June 2013.

But you’d never know about all the pregnancies given her latest look. She was spotted walking through JFK airport in New York, rocking tight leather pants, a low-cut black tank top and a fuzzy jacket. It’s easy to see why she’s all smiles — she looks amazing! Check out the video to see how her body has transformed!

“It’s been a long two an a half years,” Jessica said of having kids so close together.

She also talked about gaining and losing the pregnancy weight. “I just let myself have whatever I wanted, I didn’t care, it wasn’t about weight gain to me,” she explained.

But perhaps she’s looking so svelte now because she didn’t follow that same philosophy in her second pregnancy. “When I was pregnant with my second, Ace, I had already been on WeightWatchers, and I had already lost 50 pounds,” she continued. “I wasn’t as relaxed with my eating and everything as I was with Maxwell.”

Check out the video to see Jess’ amazing post-baby bod:

Also Check Out: The 30 Hottest Moms in Hollywood!