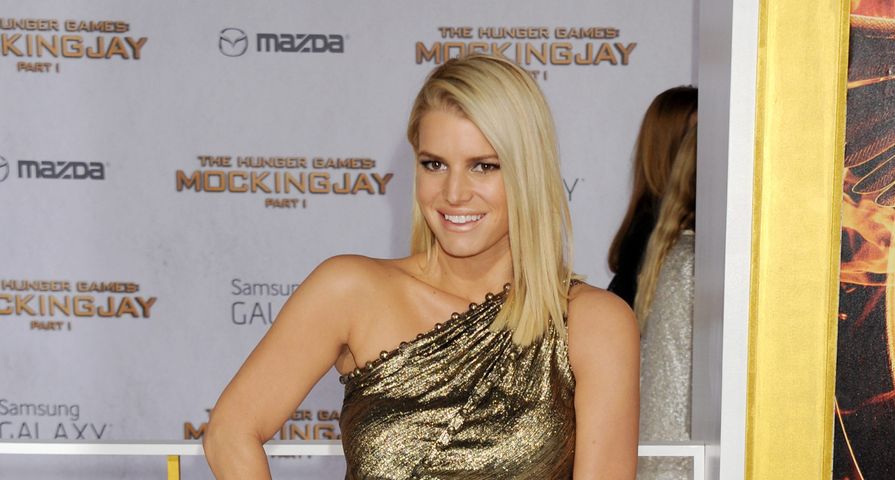 While many cannot wait to see the film’s stars such as Jennifer Lawrence, Elizabeth Banks and Liam Hemsworth on the red carpet, it was a different celebrity who stole the show on the red carpet this week.

At the Los Angeles premiere of the film on Monday November 17, Jessica Simpson, 34, showed off her slimmed down figure and super toned legs while smooching husband, Eric Johnson.

Wearing a glittering, one-shoulder gown with a bold slit up the side, Simpson proudly displayed a slim waist and fit legs after going through well-known struggles with weight fluctuation.

But after two children it seems the star has her fitness and health routine down and it is definitely paying off.

Simpson attended the event in support of her new brother-in-law Evan Ross who married Jessica’s little sister Ashlee in August of this year.

The son of Diana Ross, Evan has been exploring a career in both music and acting and will be seen in The Hunger Games: Mockingjay Part 1 and 2 as Messalla, the assistant to propaganda film director Cressida, played by Natalie Dormer.

Also Check Out: 10 Things You Didn’t Know About Jessica Simpson