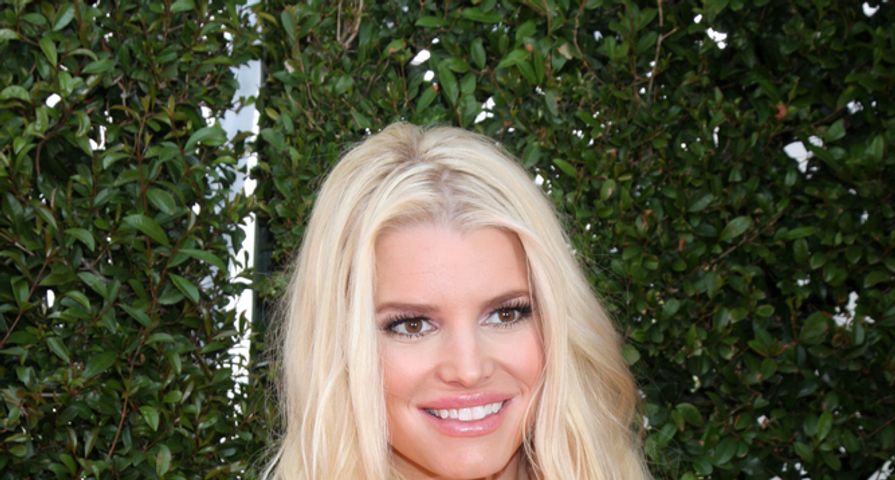 Jessica Simpson is one hot mama!

The 33 year-old actress and Weight Watchers spokeswoman recently stepped out for a dinner with her family at Sagebrush Cantina in Calabasas, California, where she showed off her slender frame.

She also wore her long blonde hair down and straight, pairing the casual look with red lipstick and a long gold necklace.

Jessica first became a Weight Watchers spokeswoman in May 2012, after she gained weight when she was pregnant with daughter Maxwell. Jessica lost 40 pounds in four months, but then became pregnant again. She remained a “brand ambassador” for the company, but didn’t keep counting points throughout her pregnancy.

“I will never understand why people give pregnant women such a hard time,” she said at the time. “We are creating a human life: I think we get every excuse in the world to eat a doughnut!”

She also opened up about how she gains more weight than some other pregnant women do. “I have really big boobs, I have my curves and I just gain weight,” she explained. “I can’t help it. It’s okay to gain weight, and it will always come off.”

After she had Ace, Jessica went back to following Weight Watchers, and it appears to be working!