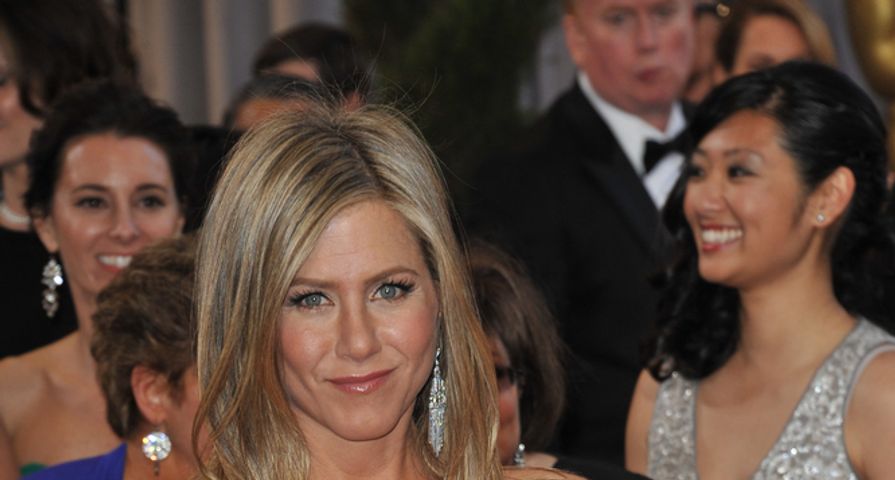 What’s it like to be divorced from Brad Pitt? Jennifer Aniston has opened up about her former husband.

“I don’t find it painful,” Jennifer, 45, insisted during a new TV interview with CBS Sunday Morning. “I think it’s a narrative that follows you because it’s an interesting headline. It’s more of a media-driven topic.”

The Cake actress was married to Brad from 2000-2005. She’s been engaged to Justin Theroux since 2012, while Brad has been with Angelina Jolie for nearly ten years (the pair, who has six children, finally tied the knot in 2014).

Jennifer says that she and Brad are on good terms and still speak from time to time, but aren’t in constant contact.

“We’ve exchanged good wishes and all that sort of stuff to each other, but it’s not a constant thing,” she explained.

Jennifer also talked about her current relationship, which is often the subject of tabloid fodder (perhaps since she hasn’t walked down the aisle yet).

“We know what our truth is, and (the rumours are) all just static,” she said.

Jennifer and Justin spent New Years’ together with friends in Cabo San Lucas. Celebrating was in order, since she has been nominated for Golden Globe and Screen Actors Guild Awards for her performance in the indie Cake.

Watch the clip of Jenn talking about Brad below: